Designed by none other than Maria Grazia Chiuri, the Caro has it all to become the next major “it” bag from Dior. The bag is crafted in Dior’s ateliers in Italy by House’s best artisans. The Caro truly is a masterpiece! Whopping 18,000 stitches are required to complete the iconic Cannage stitching on each bag. Fans of the Dior 30 Montaigne bag will immediately recognize Caro’s statement “CD” clasp, as well as, an embossed “30 Montaigne” signature on the back of the bag. Interesting fact: the “CD” clasp was actually inspired by the seal of Christian Dior perfume bottle! 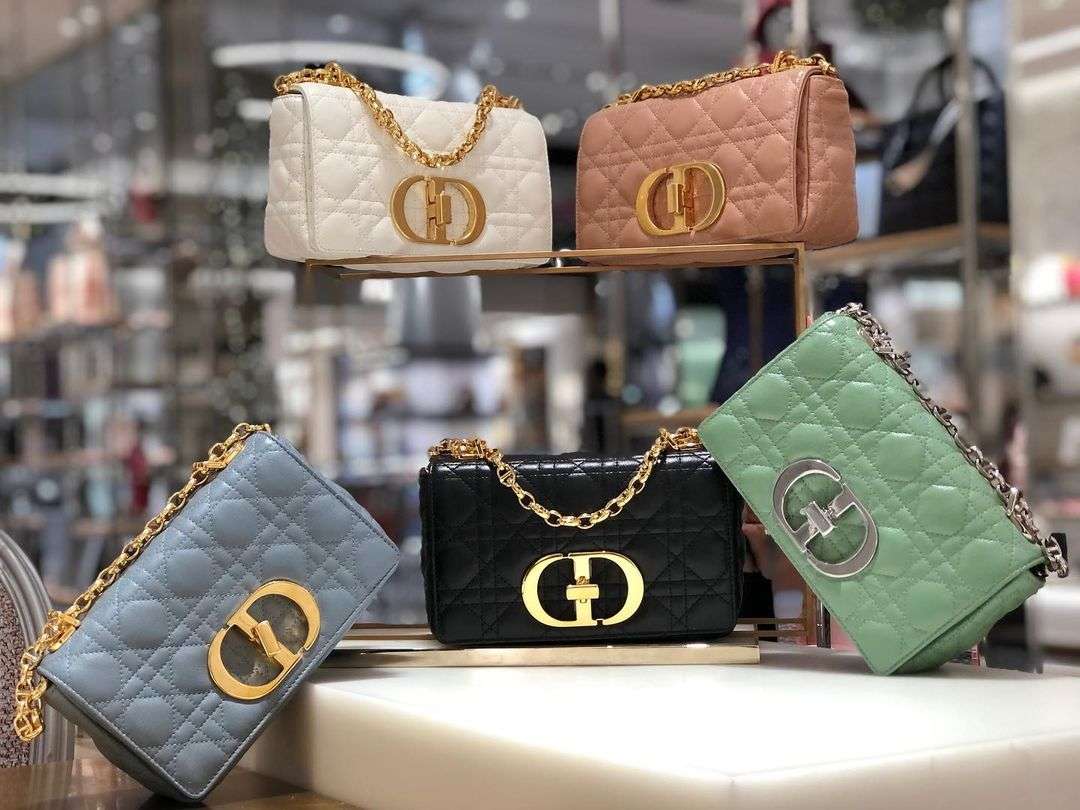 If you are into functional and versatile styles, you’re gonna love the Caro! Not only is the rectangular silhouette classic, but it also wins in terms of functionality. On the interior, for effortless organization of your essentials, the Dior Caro features one main compartment with zip and patch pockets. There is also a slip pocket on the back, which comes in very handy to store a smartphone. Not sure if this is a deal-breaker, but for me, personally, it’s always a plus when a bag has a back pocket.

The Dior Caro wins in terms of versatility too. You can wear the bag 3 different ways: over the shoulder, crossbody and even as a clutch! Caro comes with a removable Christian Dior chain link shoulder strap. If you are going for a more edgy look, go ahead and swap it for one of Dior’s thicker woven shoulder straps (however, you will have to buy this one separately!). Or, you may remove the strap completely and carry Caro as a clutch. This extra functionality lets you wear the bag on multiple occasions. Take the Caro with you on a quick errands run, or to a fancy dinner, it will compliment any outfit you choose!

At the moment, the Dior Caro Bag is available in two sizes: Small and Large. The Small Dior Caro measures at 20 x 12 x 7(cm) and the Large Dior Caro is 28 x 17 x 9cm. The bag was released in a large variety of timeless shades, incl. black, cloud blue, rose des vents, ivory, mint green, beige and gray. If you are going to get the bag in the Small; in addition to soft cannage calfskin, it is also available in shearling, raw-denim and Tie & Dior denim, as seen on Dior’s 2021 Cruise runway.

As of January 2021, the Dior Small Dior Caro Bag retails for $3,800 in the United States and for €2,900 in Europe. The Large Dior Caro will cost you $4,600 in the U.S. and €3,500 in Europe. Curious to learn if it would be cheaper to buy the Dior Caro in Europe? Check out this blog post where I discuss whether it’s still cheaper to shop for luxury in Europe!

What’s the staying power of the Dior Caro Bag?

Fashion influencers from all around the world have already been spotted carrying the Dior Caro. And that’s considering the bag has just been released! Is Dior Caro about to take the social media by storm just like the Dior Saddle Bag did back in 2018? 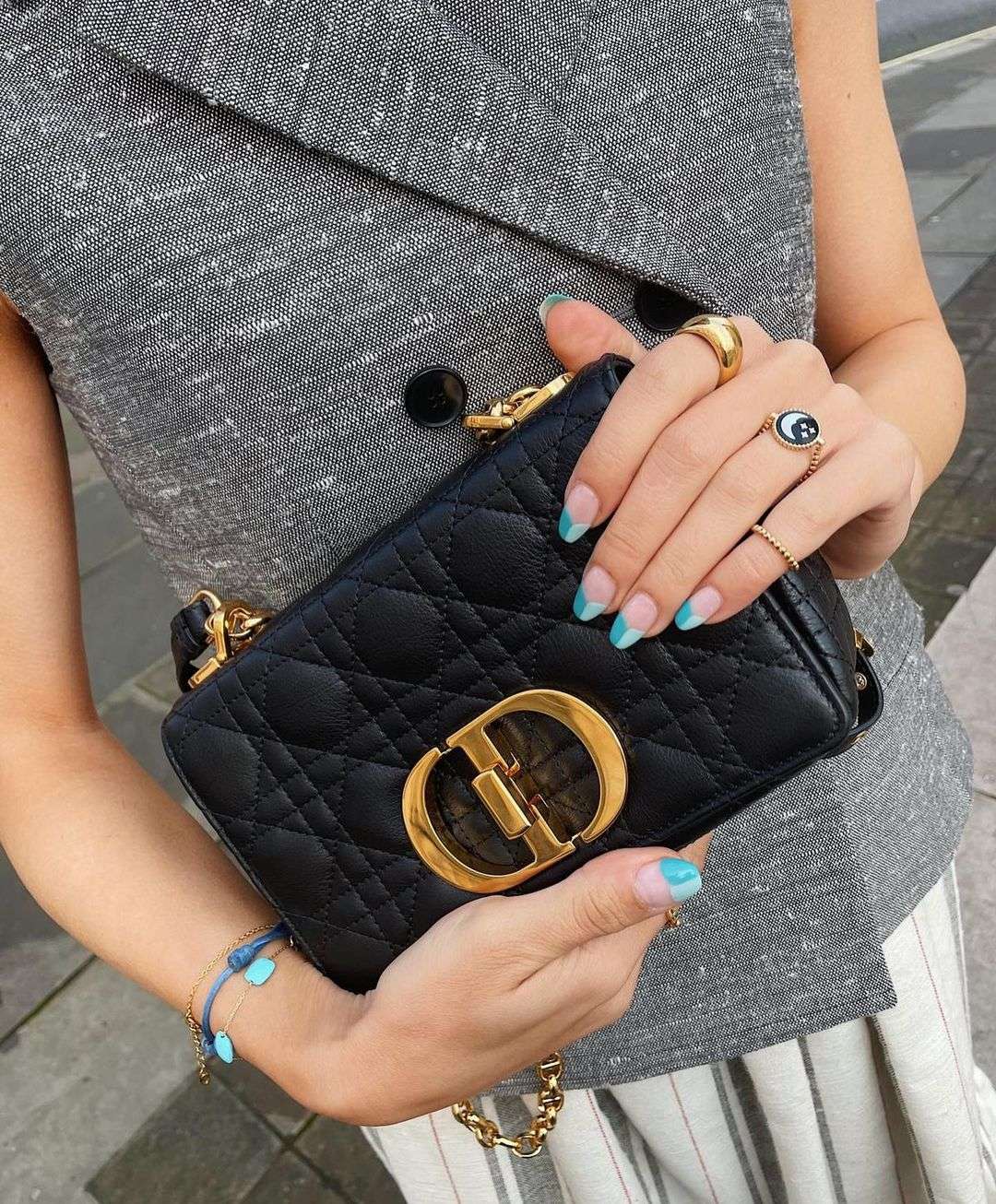 Now to one of the most recently discontinued bags, the Diorama. One of my personal favorite designs from Dior, the Diorama featured a reinvented cannage motif, along with a rectangular silhouette and an adjustable crossbody strap. The Diorama was trendy. Diorama made a statement. The bag was released in 2015 and was discontinued in 2020. Perhaps, “Caro” came to replace Diorama? Just a thought! All in all, I think that’s it’s too early to judge on the staying power of the Dior Caro Bag. We have to wait and see how it performs. In my opinion, Caro bag is a perfect mix between the classic and modern Dior! I’d love to add it to my handbag collection. How about you?

The Dior Caro Bag is now available at Dior Boutiques Worldwide and on Dior.com

The Best Holiday Gifts for Her in 2022