Probably the most anticipated designer collaboration of the season: Gucci x The North Face has finally landed online! Teasers of this collaboration have first popped up in September 2020. However, just before the New Year, Gucci has finally revealed the collection to the public. And, I must admit, it has turned out even cooler than expected. The North Face x Gucci collab features it all: from ready-to-wear to backpacks, shoes and even sleeping bags!

I know what you might be thinking. Why is this collaboration such a big deal when we have already seen The North Face collaborating with other luxury brands? Well, collaboration with Gucci is really different as both brands share similar history and values, while celebrating the spirit of exploration. The North Face x Gucci is all about adventure and self-expression.

Since 1966, the fundamental mission of The North Face has been to support preservation of the outdoors, and to inspire a global movement of exploration. Furthermore, in recent years, the brand has worked hard towards reducing its impact on the environment. Gucci, also, is on the way to become carbon neutral. Just last year, the fashion house released the “Off the Grid” collection, made of solely recycled or bio-degraded materials. The “Off the Grid” was the so-called, first installment of the “Gucci Circular Lines”, an initiative launched by the brand’s creative director, Alessandro Michele. This initiative is meant to help reduce the use of raw materials and in general, facilitate circular production. 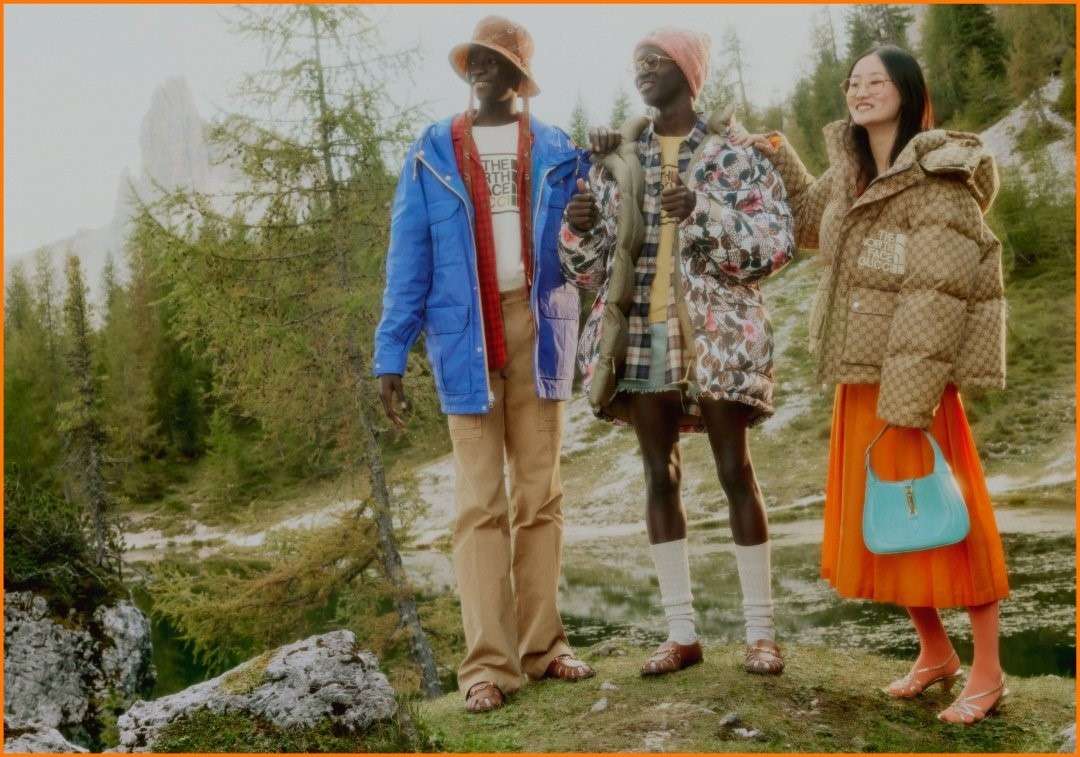 Puffer jackets, without a doubt, are going to be among the most popular items from The North Face x Gucci collab. However, other notable pieces from the collection include a puffer skirt, hiking boots, nylon no-zip windbreakers, logo t-shirts and sweatshirts. Actually, If you want to get something from the collection, but don’t want to spend too much, take a look at the North Face x Gucci Logo T-shirt.

Where to buy The North Face x Gucci?

Back in December, when The North Face x Gucci collab was first revealed to the public, Gucci announced that the collection is going to be available in various temporary pin stores around the world, including one in Brooklyn and L.A., starting January 6th. Beginning mid-January, the collection became available in select Gucci boutiques worldwide. Finally, The North Face x Gucci has launched online on January 22nd. Explore it now on Gucci.com

The Cheapest Designer Bags You Can Afford