The Louis Vuitton Onthego Tote might not have the same legacy as the Neverfull, but the bag is surely paving its way to become the new fan favorite LV tote. The Onthego draws its inspiration from the Louis Vuitton’s Sac Plat, an archival style from 1968 and House’s large shopping bags. Designed with a plenty of room to hold a laptop and other work & travel essentials, the Onthego tote makes a stylish weekday companion and an excellent travel buddy.

Initially released in the GM size, the Onthego tote first hit boutiques around summer 2019. The bag quickly captured Louis Vuitton fans due to its eye-catching design and sold out almost immediately after its launch. Even today, the Onthego totes often sell out the very moment they land in boutiques. The bag is incredibly popular among everyone from luxury handbag lovers to celebrities and influencers.

If you have landed on this blog post, chances are that you are considering to add the Louis Vuitton Onthego tote to your collection. Well, you came to the right place! In this blog post I am about to give you a full, in-depth review of the Onthego tote, discussing everything from bags’ design and aesthetics to available sizes and prices.

The first thing you immediately notice when looking at the Louis Vuitton Onthego tote is the Monogram Giant canvas. The latest reinterpretation of the iconic LV Monogram, the Monogram Giant magnifies the interlocking LV’s and florals to the new, super-sized proportions. 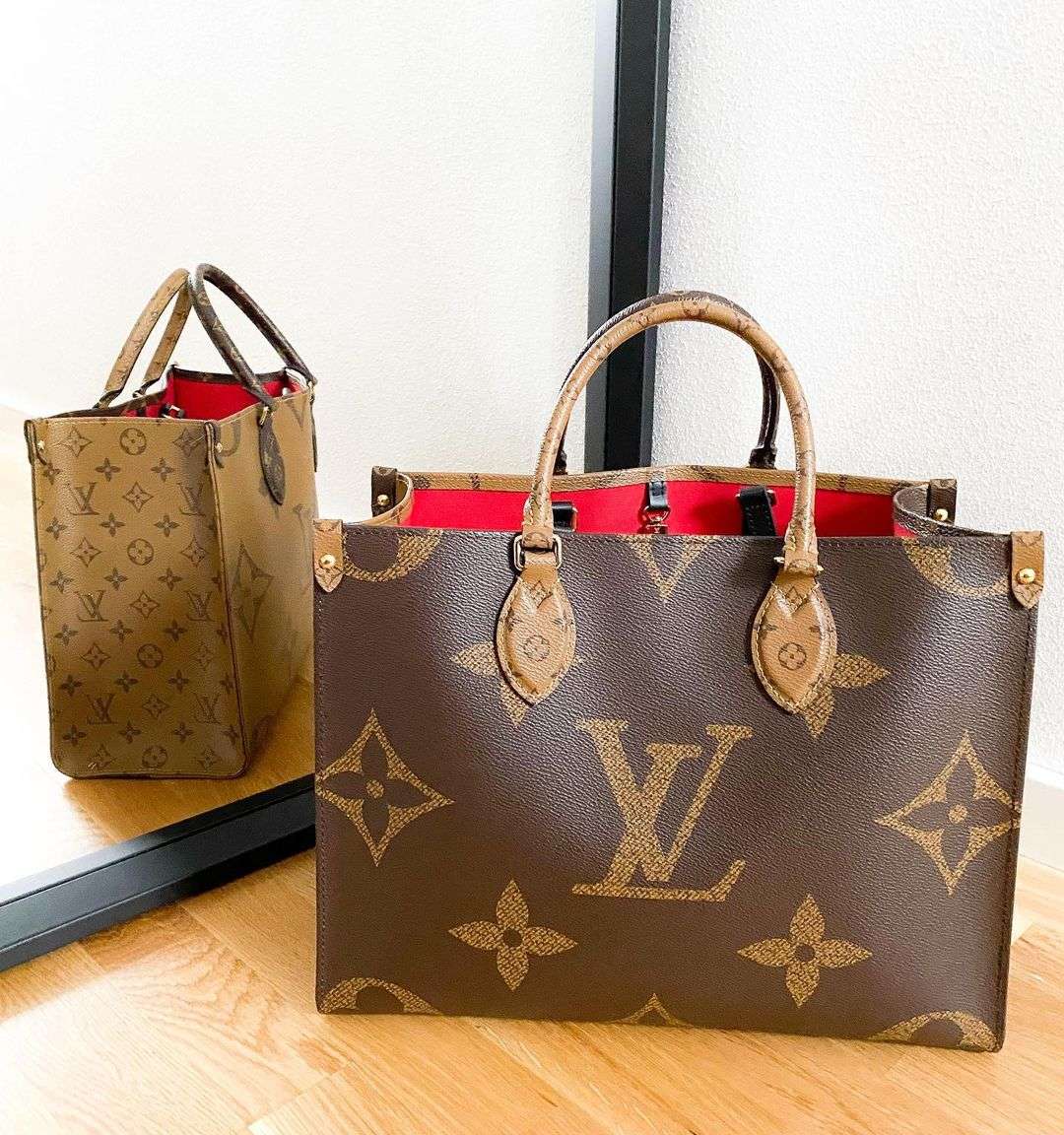 The interior of the bag is in the red canvas lining and it features: one spacious open compartment, a flat zipped inside pocket, as well as, two slip pockets. You might have noticed the absence of a top zip closure. Instead of the top zip, the Louis Vuitton Onthego has a hook closure, similar to the one on the Neverfull. Actually, I was never really a fan of the hook closure on the Neverfull. In my opinion, it doesn’t add any extra security to the bag. But, perhaps, that’s due to the Neverfull’s soft construction. The Onthego tote is already way more secure thanks to its boxy silhouette. I don’t think the top zip is really that necessary on this bag.

The Louis Vuitton Onthego tote comes with two sets of handles. You can either carry the bag by hand with the twin Toron top handles, or throw it over your shoulder with the long shoulder straps, if you wish to go hands-free. Who doesn’t love some extra versatility?!

First introduced in the Monogram Giant/Monogram Reverse canvas, the Onthego tote now also comes in Monogram Empreinte and Epi leathers. While most consumers were fascinated by the new Monogram Giant print, it also turned some people off. Some complained that the new print was too loud or too much. The leather versions of the Onthego are great for those who don’t like screaming logo’s. The Giant Monogram print on them isn’t too obvious.

At its release, the Louis Vuitton Onthego tote was only available in one size, which was GM. The smaller, MM size was added later on in the year. After the initial release of the Onthego, some people who bought the bag complained that the GM size feels a little bit too big for their needs and that they’d prefer to have the bag in a smaller size. Well, Louis Vuitton took the feedback in and came out with the smaller Onthego MM. Furthermore, just recently, the PM size was added to the range. Currently, the PM size is the smallest available size for the bag. However, at the time of writing this blog post, the Louis Vuitton Onthego PM is only available in the Monogram Empreinte Leather.

See the detailed measurements of the different sizes of the Onthego tote in the table below. 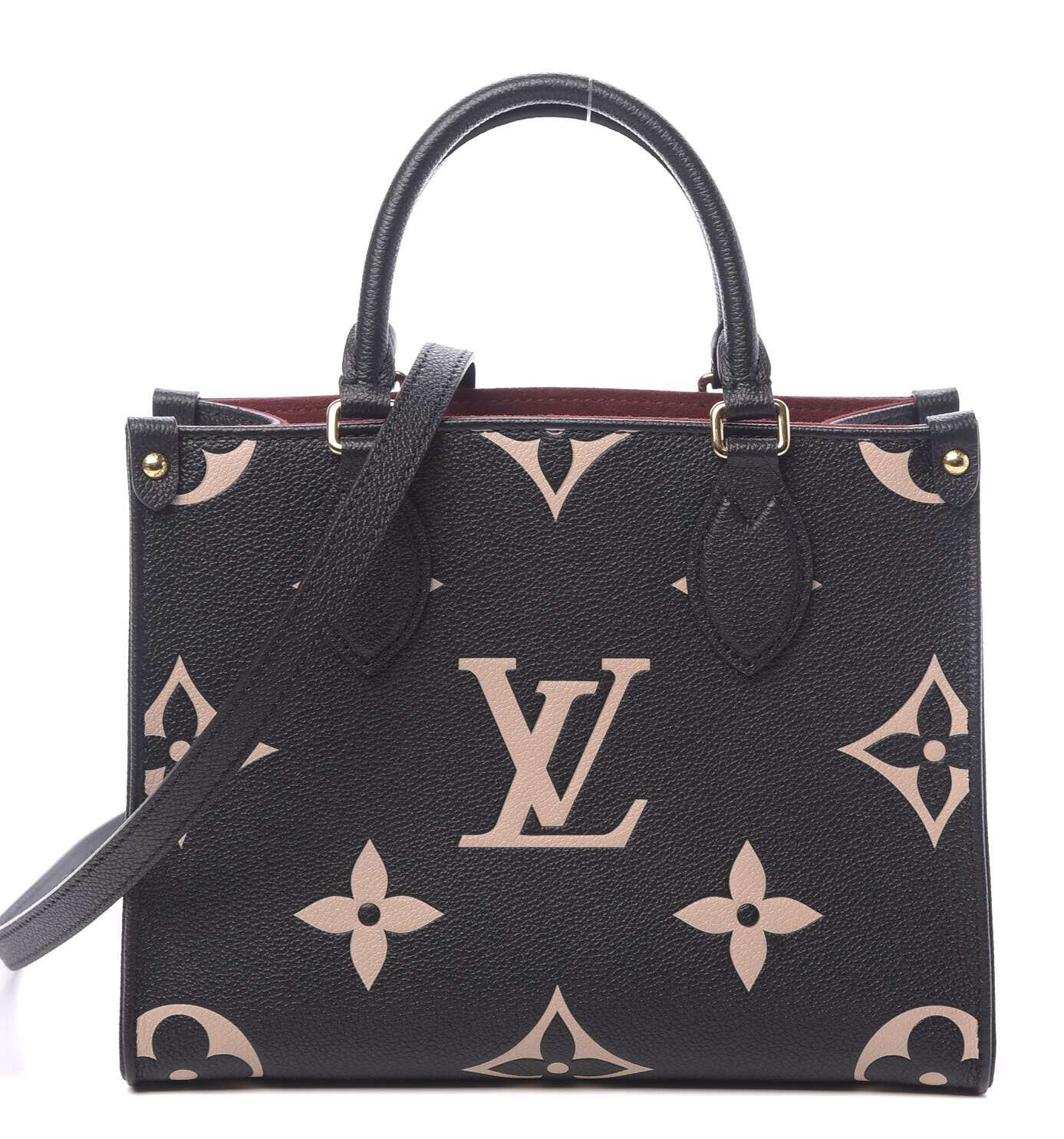 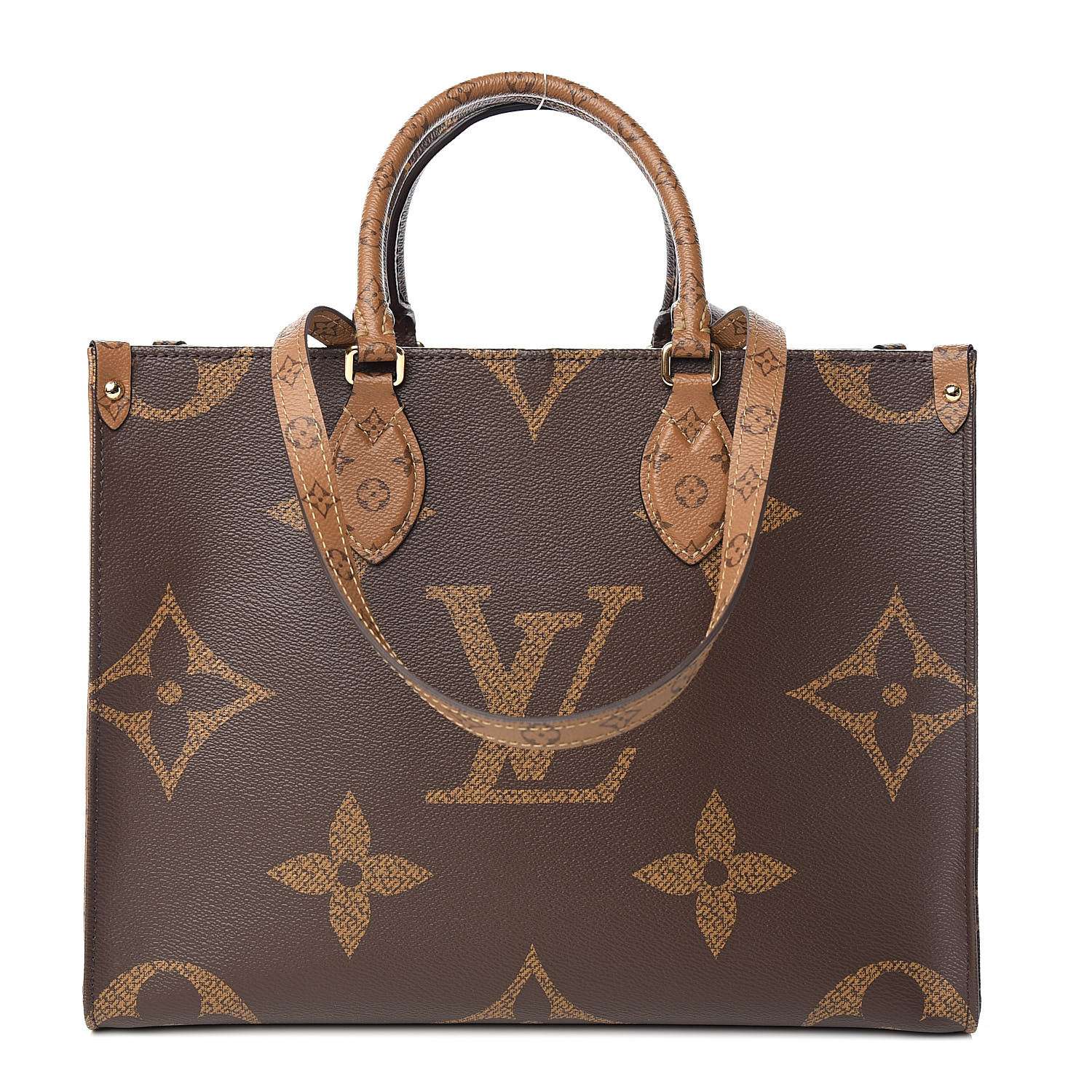 The Louis Vuitton Onthego GM is a big tote. It measures 41 cm in length and 34 cm in height. The bag also boasts a generous width of around 19 centimeters. If you carry lots of stuff with you on a daily basis and need a functional and practical bag, the Onthego in GM size is the bag for you. This tote will pack everything from your wallet and toiletries to your MacBook and a spare sweater. And you will still have a plenty of room left. Not to mention, that the Onthego GM would also make a great travel bag. I can totally imagine it accommodating all of those impromptu tax-free purchases! The Onthego GM seems like a perfect size to go under the airplane seat in front of you.

Is the Louis Vuitton Onthego tote worth it?

Aside from the fact that the bag comes without a top zip closure, I see no other issues with it. I must admit, that the style of the Onthego is quite trendy, so it’s pretty difficult to judge on its staying power. However, what adds to the staying power of the Onthego tote is the fact, that ever since the bag was released, Louis Vuitton has included it in nearly all limited edition drops. Just recently, The Onthego tote was featured in Louis Vuitton’s Crafty Collection, as well as, the Louis Vuitton x Urs Fischer (LV x UF) collaboration. So, the style does have some potential to stick around.

I personally, never carry the bags because they are in trend, so staying power isn’t a huge concern for me. I think that the Onthego tote is a very beautiful and practical bag, so it should remain relevant regardless of fashion trends!

7 Best Heart-Shaped Bags for Valentine’s Day and Beyond