Dior handbags have always been a symbol of class and elegance. Just think the iconic Lady Dior. However, Dior isn’t just about the Lady Dior bag. There’s way more to their handbag collection. In fact, over the years, Dior has released and discontinued many bags. And that’s a shame, because some of those styles were really beautiful. Today, I would like to take a trip into the Dior archives and remember some of the recently discontinued Dior handbags. 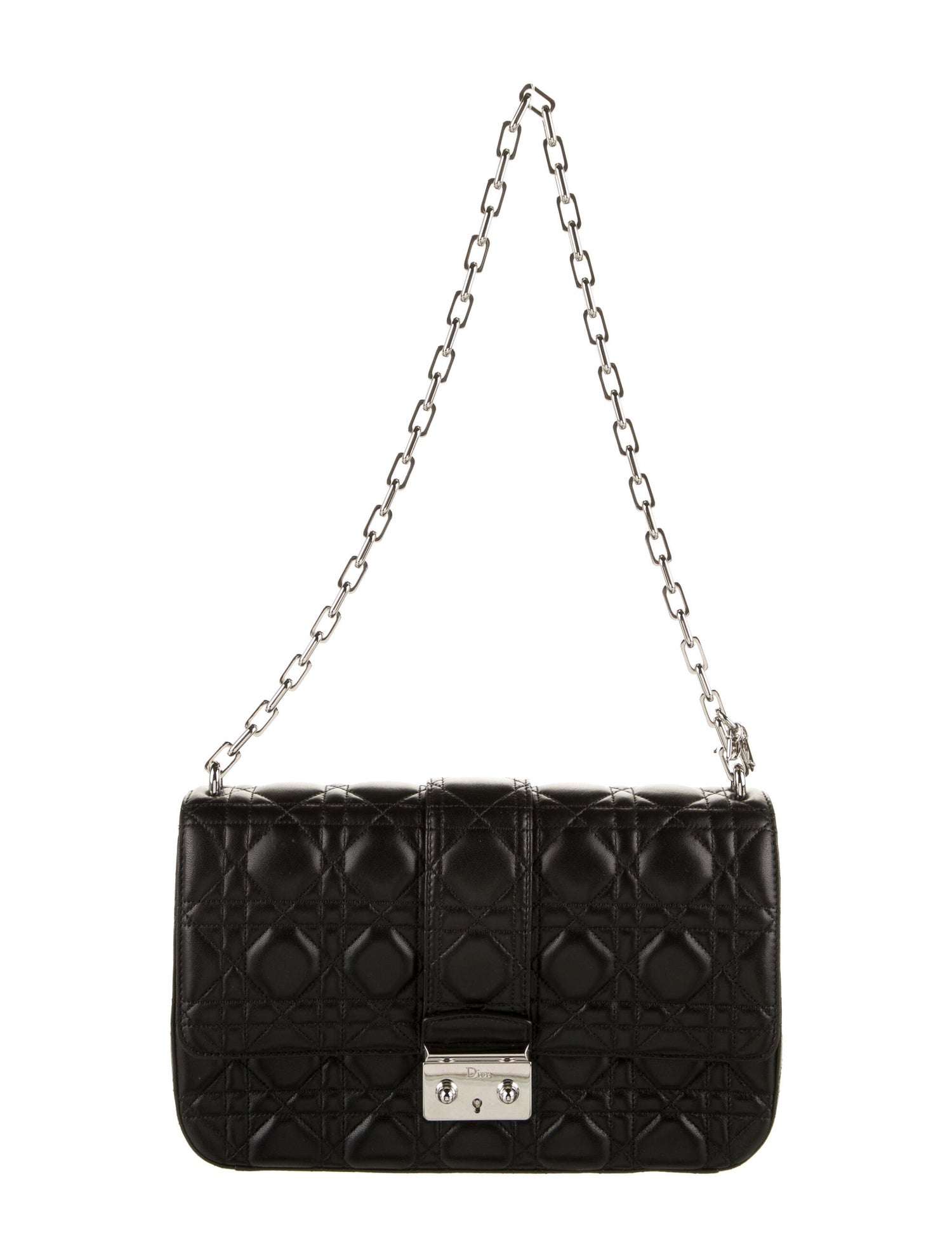 One of Dior’s most popular handbags to date, the Dior Miss Dior has been discontinued in 2016. First released in 2011, the Miss Dior Bag featured the signature Dior Cannage quilting on the exterior, along with a press lock closure and a chain link shoulder strap.

The design of the Miss Dior was as timeless and it was practical. The bag transitioned effortlessly from day to night and could be worn with a variety of outfits. The Dior Miss Dior Bag was available in two sizes and two chain lengths. The Miss Dior with a short chain made a perfect shoulder bag, while the version with the longer chain made a beautiful crossbody. The Miss Dior was available in an array of colors and materials. Traditionally crafted in lambskin, it also came in other materials including metallic, patent leathers and exotics. 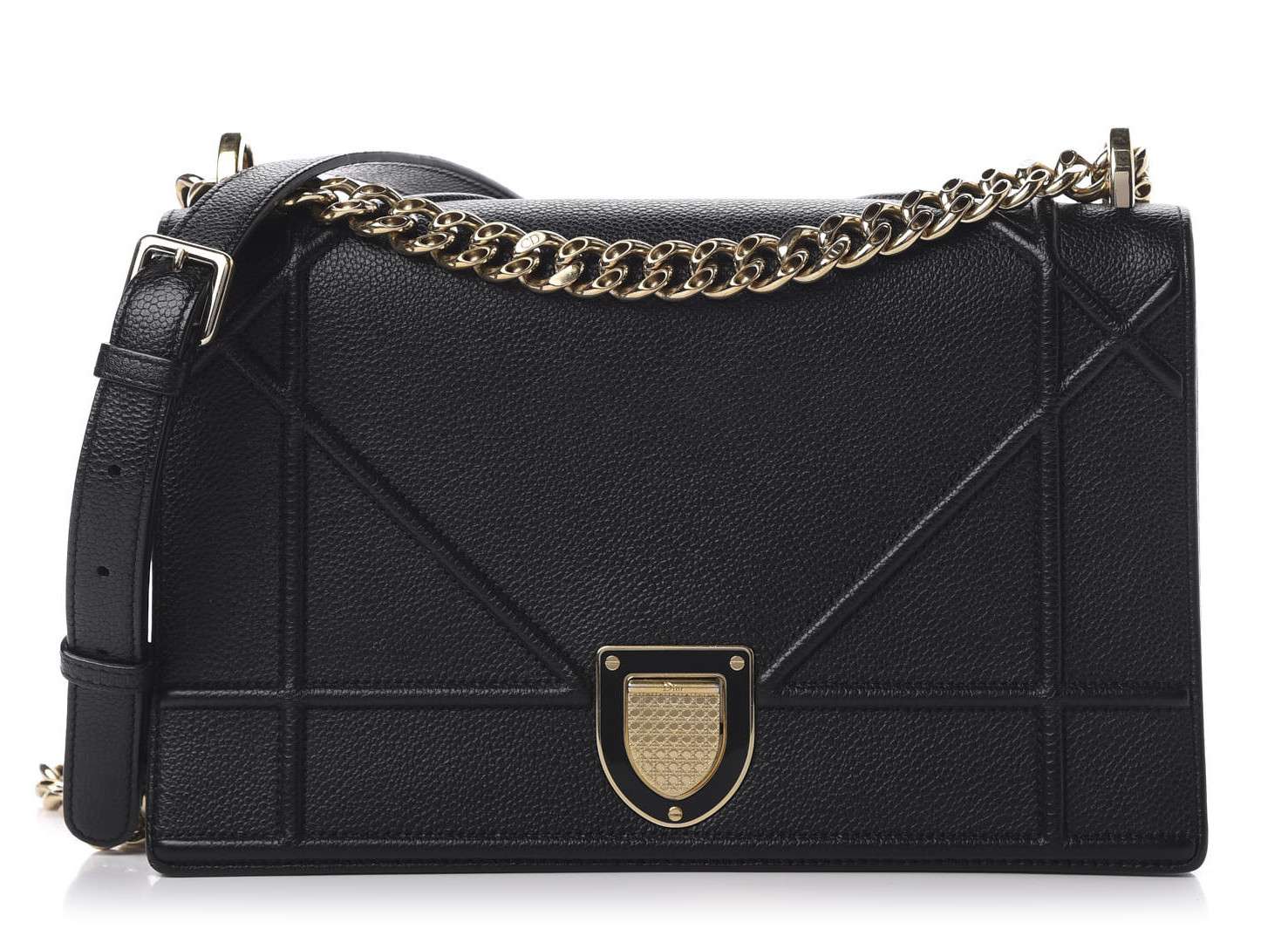 I must admit, I was pretty disappointed when Dior decided to discontinue the Diorama. This bag was an instant hit with luxury handbag lovers ever since it first appeared on Dior’s Spring/Summer 2015 runway. In fact, no other Dior bag until the Diorama has managed to become as successful as the House’s iconic Lady Dior.

At the same time timeless and futuristic, the Dior Diorama Bag combined a timeless rectangular silhouette with the futuristic details like a geometric push-lock closure and an enlarged Dior Cannage motif. Some compared it to the famous Chanel Boy. Indeed, both bags are pretty similar in silhouette. Both are also flap bags that come with a chain and leather strap. However, when you look closely you notice that both bags are, in fact, very different. The Dior Diorama and the Chanel Boy Bag impose completely different styles and aesthetic. The Chanel Boy is more on the classic side, while the design of the Diorama bag screams rock’n’roll.

Despite the overwhelming success, the Dior Diorama Bag has been discontinued around 2020. It is still unclear why. However, the good news for all the Dior Diorama fans out there is that you can still find the bag on the pre-loved market. Dior made the bag in multiple sizes and materials. The Diorama Bag in Grained Calfskin remains highly sought-after till this day. 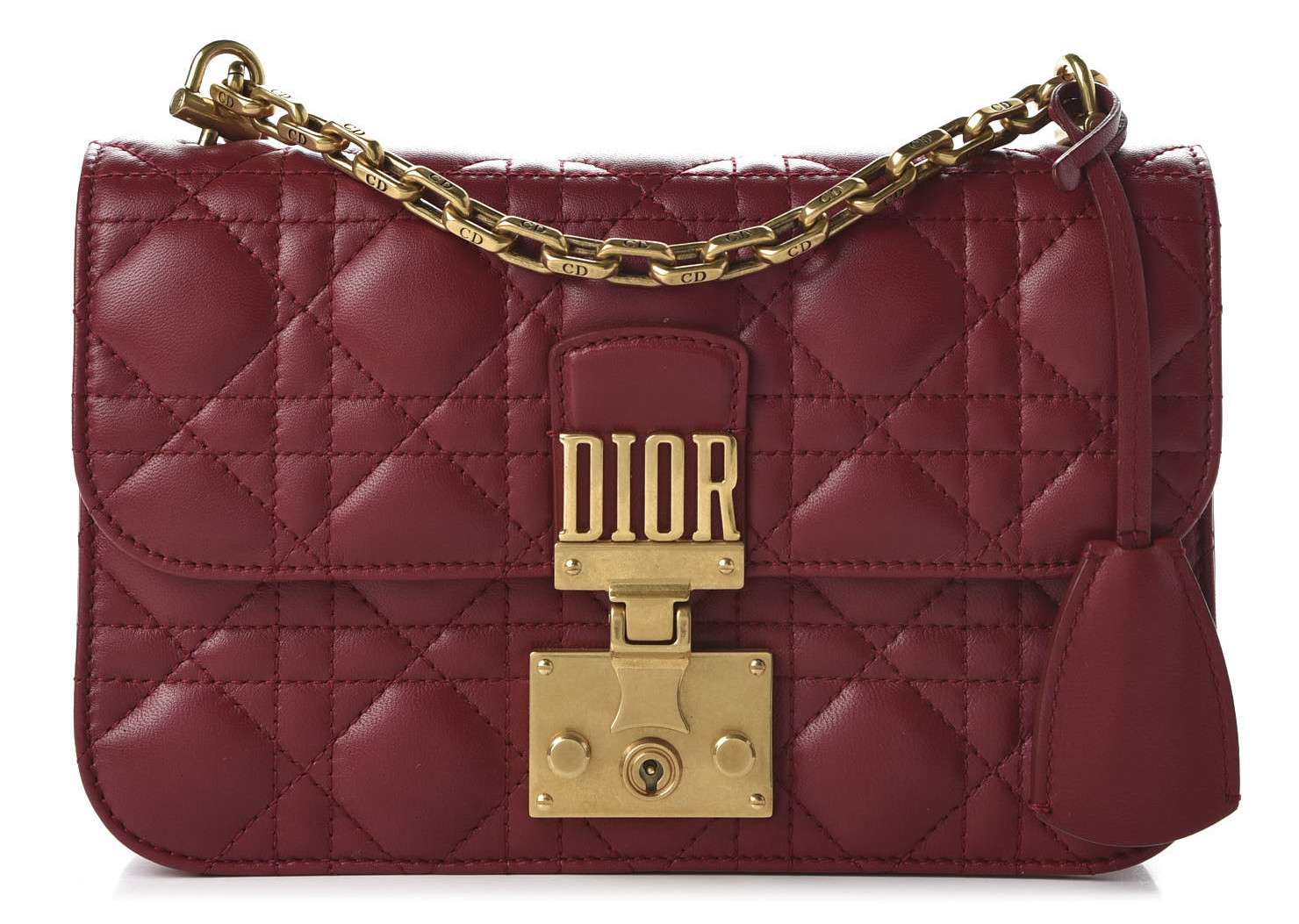 Another Dior bag that has been discontinued fairly recently is the Dioraddict. The embodiment of the classic Parisian fashion, the Dior Dioraddict Bag paid homage to vintage Dior suitcases. The bag was introduced in 2017 and the rumors of it being discontinued started going around spring 2019.

The Dior Dioraddict bag came in multiple versions, with the flap bag being the most popular. The original Dioraddict Flap Bag was available in both Cannage lambskin and Dior oblique canvas. It featured a suede-lined interior and came with a long chain strap that allowed it to be worn over the shoulder and crossbody. However, particularly popular was the version of the Dioraddict flap bag that came with a thick, Bohemian-inspired strap which gave the bag a very young and edgy appeal.

If you are interested in the Dior Dioraddict Bag, you can still find it on the pre-loved market. In my opinion, the Dioraddict flap is a beautiful bag for both day and evening and thanks to classic Dior codes used in the style, it is very unlikely to ever look dated. 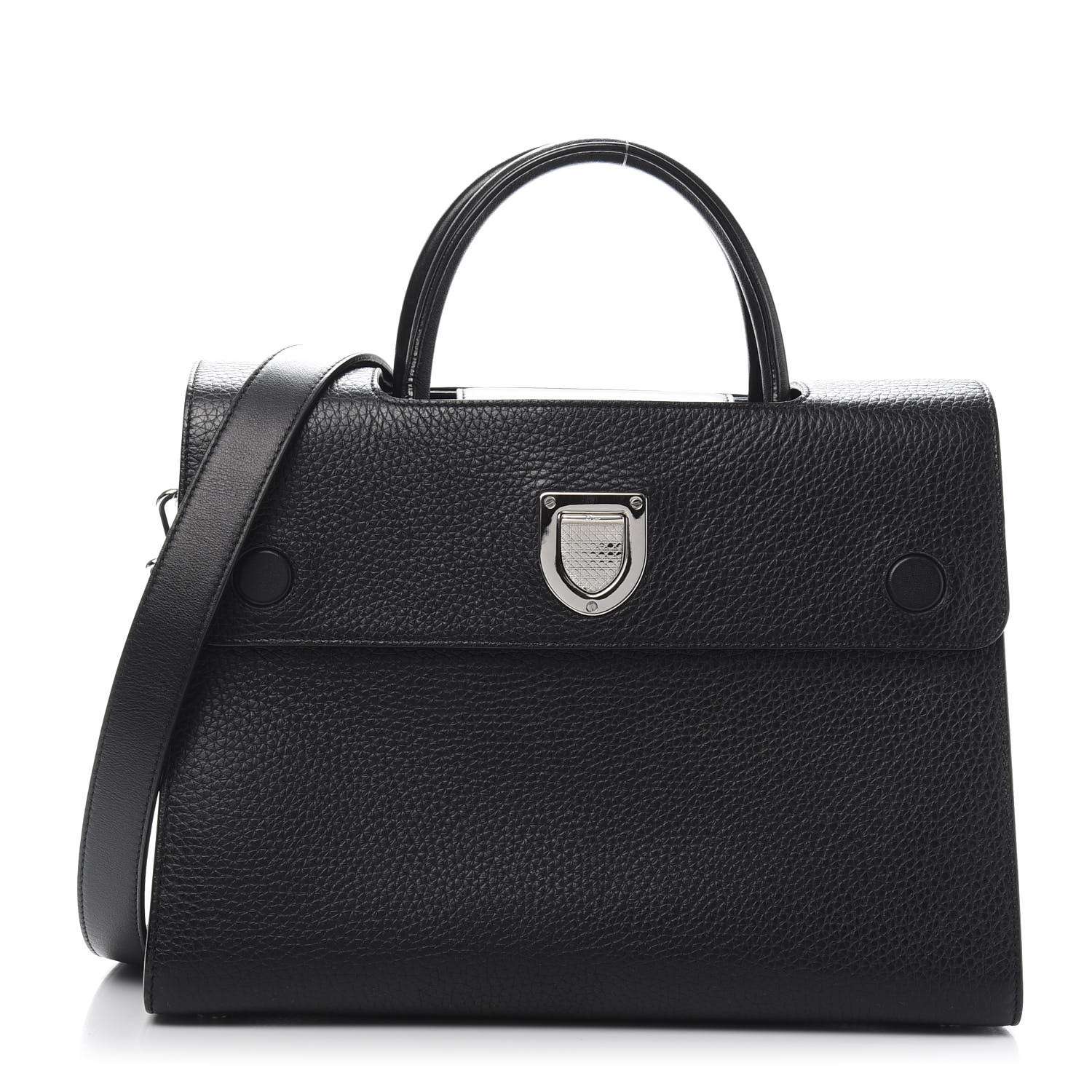 The Dior Birkin? Yes, that’s exactly how many luxury handbag lovers referred to the Dior Diorever Bag. Bold and feminine, the Dior Diorever Bag was first introduced in Dior’s Spring/Summer 2016 collection and has been discontinued around 2019. As soon as the bag launched, some started calling it “The Birkin Copycat”.

The Dior Diorever came in three sizes: mini, medium or large. It was available in a variety of materials, from calfskin to metallic leather and exotics. In addition, some styles of the Diorever came with a contrasting interior color, which showed prominently when the flap was flipped. 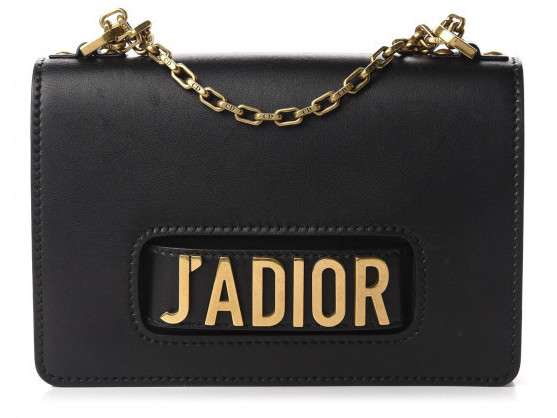 Dior was long known for being a fashion house with formal, “lady-like” pieces. However, it all has changed when Maria Grazia Chiuri took helm as the new creative director of the brand. According to Chiuri, femininity that Dior stands for could be more contemporary. One of the very first creations of Maria Grazia Chiuri for Dior, the J’adior collection was at the same time elegant, but also edgy and masculine.

The J’adior collection was released in 2017 and it ended up attracting a new, younger generation to Dior, which was very atypical to the usual Dior clientele. The Dior J’adior Bag felt young and edgy. The most prominent feature of the style was the “in your face” J’adior logo that decorated the front of the bag. As the logo mania trend was still at its peak, the J’adior bag quickly got favorited by the It-Girls from all over the World and the “J’adior” became the new signature for Dior.

Even though the J’adior Bag was pretty edgy, it still remained feminine. You could wear a J’adior handbag with any type of outfit. Was it a cocktail dress and stiletto heels, or a casual t-shirt and ripped jeans, the J’adior handbag complimented any look. The J’adior handbag line consisted of wallet-on-chains, clutches and flap bags. J’adior bags typically came in calfskin and featured a suede-lined interior. As of now, all handbags from the J’adior range have been officially discontinued. 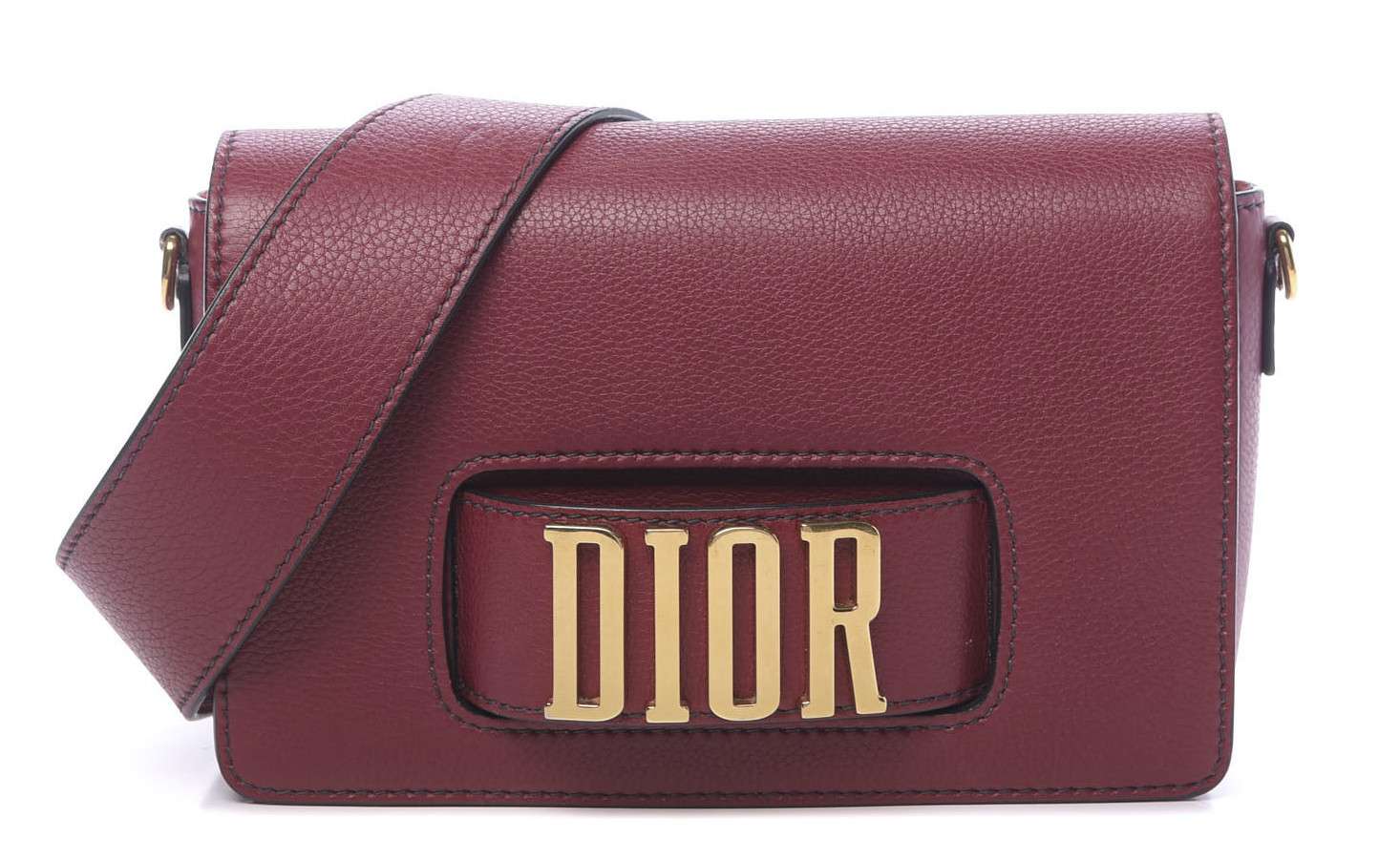 Another one of Maria Grazia Chiuri’s creations for Dior, the Dio(r)evolution Bag proved that fashion is all about the revolution. First introduced in Dior’s Spring/Summer 2017 collection and discontinued by 2020, the Dior Dio(r)evolution Bag was created to make a bold fashion statement.

Edgy and stylish, the Dio(r)evolution was a perfect bag for a fashion-forward woman with a love for luxury. This was a bag for the woman that wasn’t afraid to show her personality! Similarly to the J’adior bag, the Dio(r)evolution featured a slot handclasp with an aged gold or silver Dior emblem at the front which made the bag look young and trendy.

The Dio(r)evolution bag was made in one size only. The design worked well with a wide range of outfits, while the removable shoulder strap allowed to carry the bag in three different ways: over the shoulder, crossbody, or as a clutch. Available in smooth or grained calfskin and a variety of classic and metallic colors, the Dio(r)evolution was a yet another gorgeous handbag from the house of Dior! 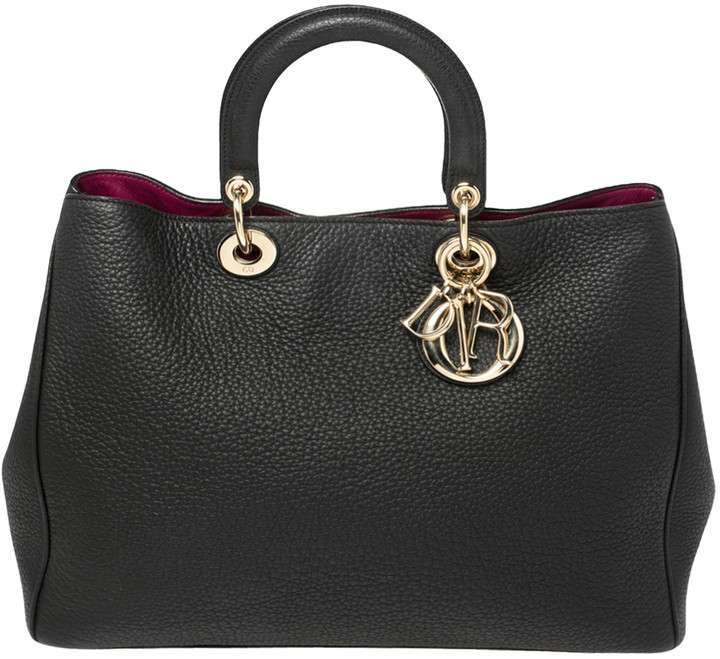 A casual Lady Dior? Meet the Dior Diorissimo Bag, the modern take on the iconic Lady Dior. The Diorissimo was released in 2012 and it instantly became a hit. Bag’s soft lines and casual appeal made it a perfect bag for everyday.

The Dior Diorissimo was available in 3 sizes: small, medium and large. All sizes came with a longer strap which allowed to carry the bag comfortably over the shoulder. The Diorissimo Bag has been produced in a variety of materials, from traditional calfskin to exotic python and alligator. Released in 2012 and now discontinued, the Diorissimo was a yet another much loved style from Dior.

Hey, since you are already here, you might also want to check out my other guides:

The Best Designer Wallets to Invest In

The 10 Best Designer Crossbody Bags To Invest In