After the astonishing success of the Jackie bag, Gucci brings back yet another icon from the archives. That’s right – Princess Diana’s favorite bamboo handle tote is back and this time around, it’s more fabulous than ever!

By looking at the Princess Diana’s street style photos from the 90s, it’s impossible not to notice the beautiful bamboo-handled tote she was often carrying around. Whether it was a shopping trip or a gym session, the bag was her loyal companion.

Thanks to Gucci’s Alessandro Michele and his ability to adapt heritage pieces to modern times, Princess Diana’s favorite bamboo tote is back and this time around, it’s named accordingly, “Diana”.

The Gucci Diana Bag has all the features of the original bamboo tote from 1991, but not without a few modern updates. The current iteration of the bag is distinguished by removable, neon leather belts – a nod to the bands that used to come with the original bamboo tote to maintain the shape of the handles. In addition, letter and star symbols can be embossed on the inside of the belts, adding a personalized touch to the iconic style. 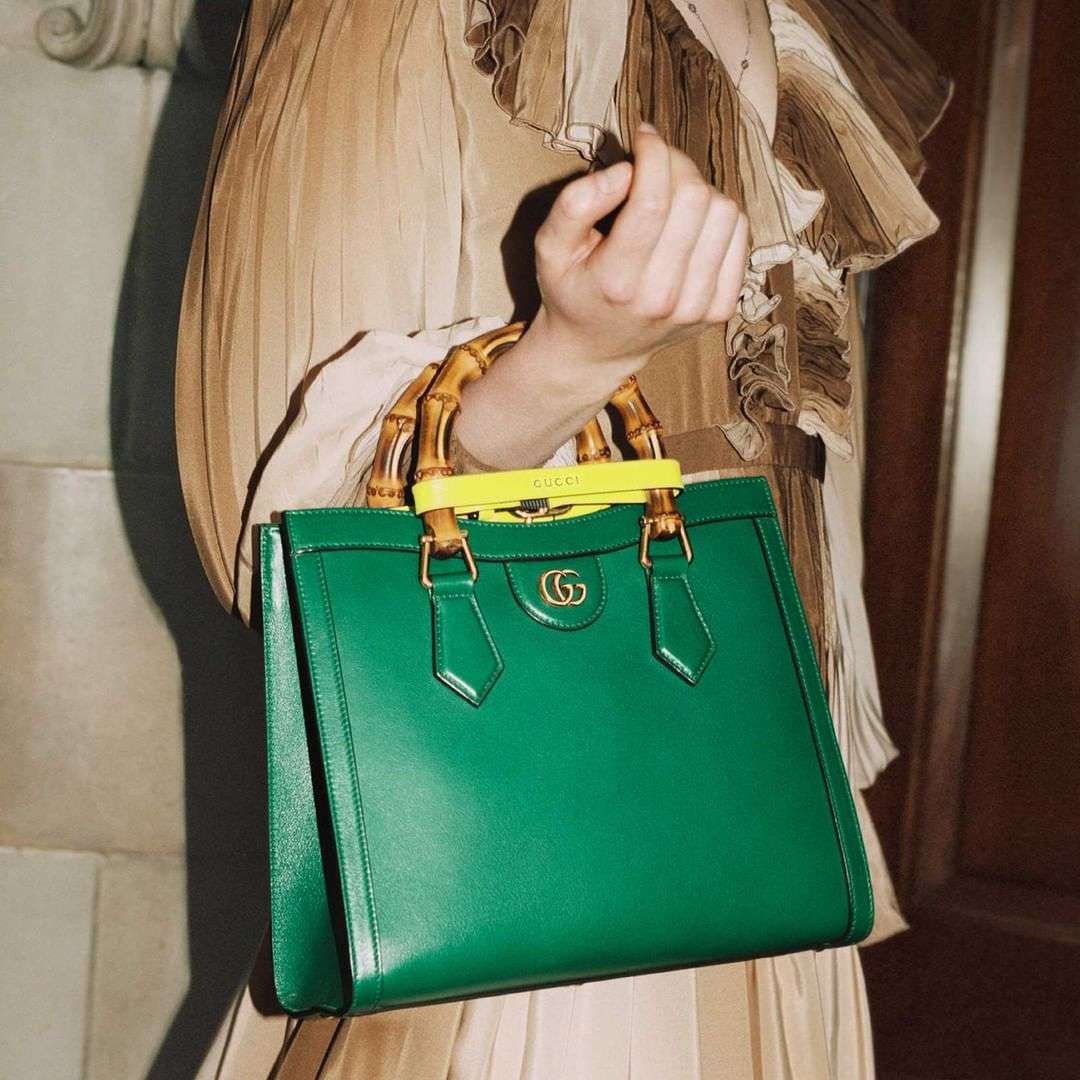 On the interior, the Gucci Diana Bag features a zip pocket in the center separating the bag into two sections. There is a spacious open area with a zip pocket on the front, as well as, an open area with an open pocket on the back. Don’t be put off by the open nature of the compartments! The Gucci Diana comes with a magnetic closure which will keep your belongings safe and secure at all times.

Re-introduced in three different sizes, mini, small and medium, the Gucci Diana Bag comes in an array of colors, from classy black to pastel pink. The Mini version of the bag measures 20 cm in width and 16 in height, while the small and medium versions measure 27 x 24 and 35 x 30 centimeters respectively. All sizes of the Gucci Diana Bag come with a removable shoulder strap, which lets you carry the bag multiple ways, from top handle to crossbody. 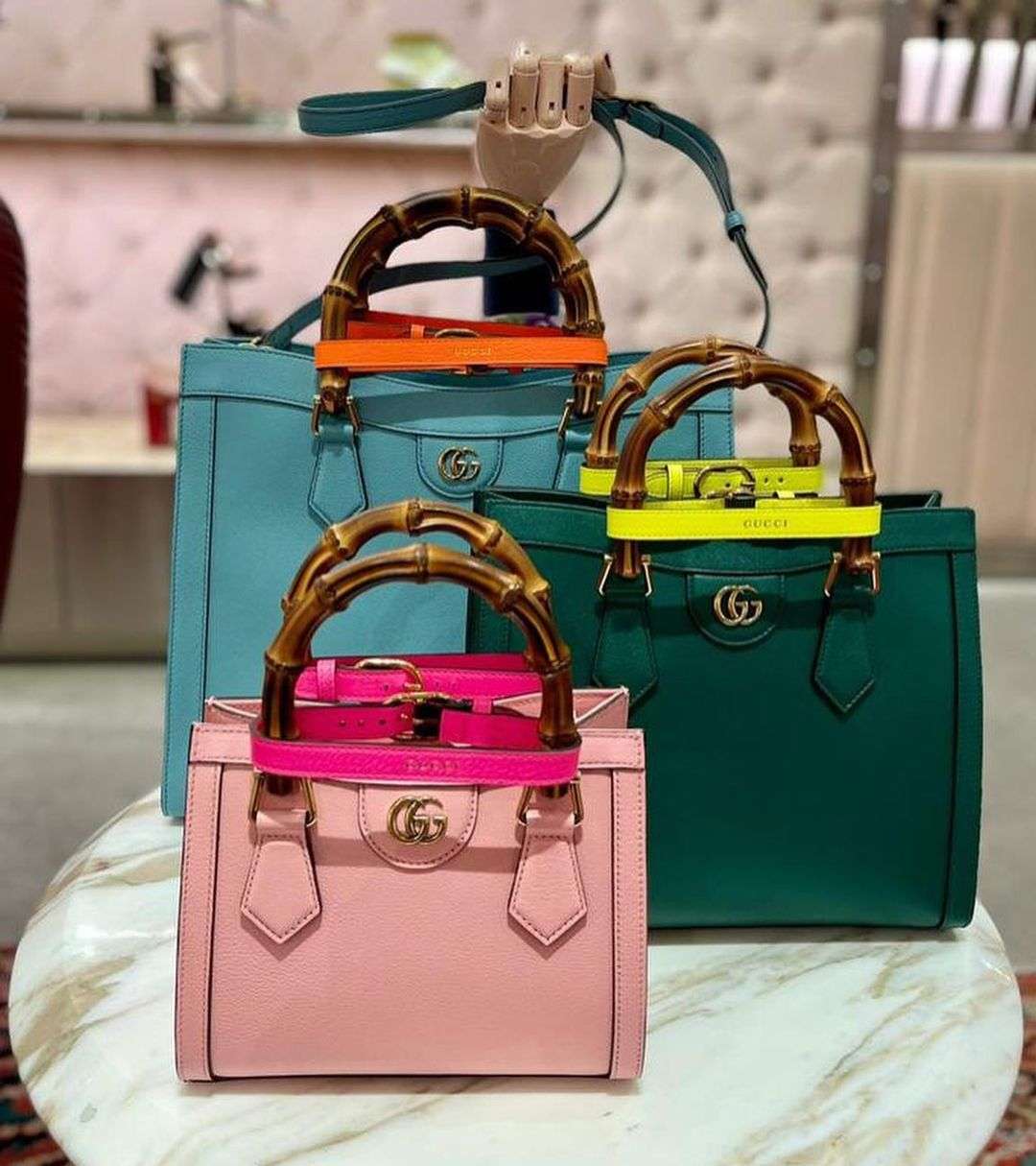 The three sizes of the Gucci Diana Bag range in price from $2,650 for the mini to $3,100 for the small and $3,980 for the medium. In Euro, the bags retail for €2,350, €2,750 and €3,350 respectively. However, these are the prices for the standard leather version. The Gucci Diana Mini Tote also comes in exotic skins, like crocodile and ostrich and these versions are even pricier. For example, the Gucci Diana Bag in Ostrich starts at around $8,000.

Without a doubt, the Gucci Diana is on track to become the it bag of the season. The style has already gained a number of celebrity fans, among them Alexa Chung, Sienna Miller, Elle Fanning and Jodie Turner-Smith. Expect to see the bag everywhere now that the style has officially launched!

The Gucci Diana Bag is available now in Gucci boutiques around the World and on Gucci.com

The Best Designer Wallets to Invest In