The most highly anticipated sale of the year is here. Yes, guys, the Nordstrom Anniversary Sale 2022 has finally opened to the general public, which means that it’s time to go shopping! If you’ve been keeping up with my blog, you know that every year I make roundups of the best NSale deals. That’s because as a fashion lover, I simply can’t stay away. I mean, where else would you get an opportunity to score new season styles on sale before the new season even begins? Right, only at the NSale! Different than any other sale, the Nordstrom Anniversary Sale is a unique shopping event that you don’t want to miss.

So, what’s on sale this year? Well, as always, there are discounts on pretty much everything you could possibly need for the upcoming Fall/Winter season, from cozy cashmere knits to trendy winter booties and skincare. Also, don’t forget to visit Nordstrom’s home section as during the Anniversary Sale it’s packed with incredible deals on everything from fancy cookware to luxurious home decor. And here’s a bit of practical info. If you’re planning to shop the sale, remember that it runs through July 31st. However, don’t leave it to the last day. The best NSale deals sell out fast, so if you have your eye on something, you better act now. With that being said, here are my personal top picks from the Nordstrom Anniversary Sale 2022.

Cashmere for under $100? Yes, please! If you are into cashmere, you now that it rarely goes on sale. Therefore, as soon as I saw Nordstrom’s ever-popular Cashmere Crewneck Sweater in this year’s Anniversary Sale I knew I had to put it on this list. Just like a couple of pieces from the outwear section. For example, the classic AllSaints Balfern Leather Jacket is $200 off the regular price at this year’s NSale. 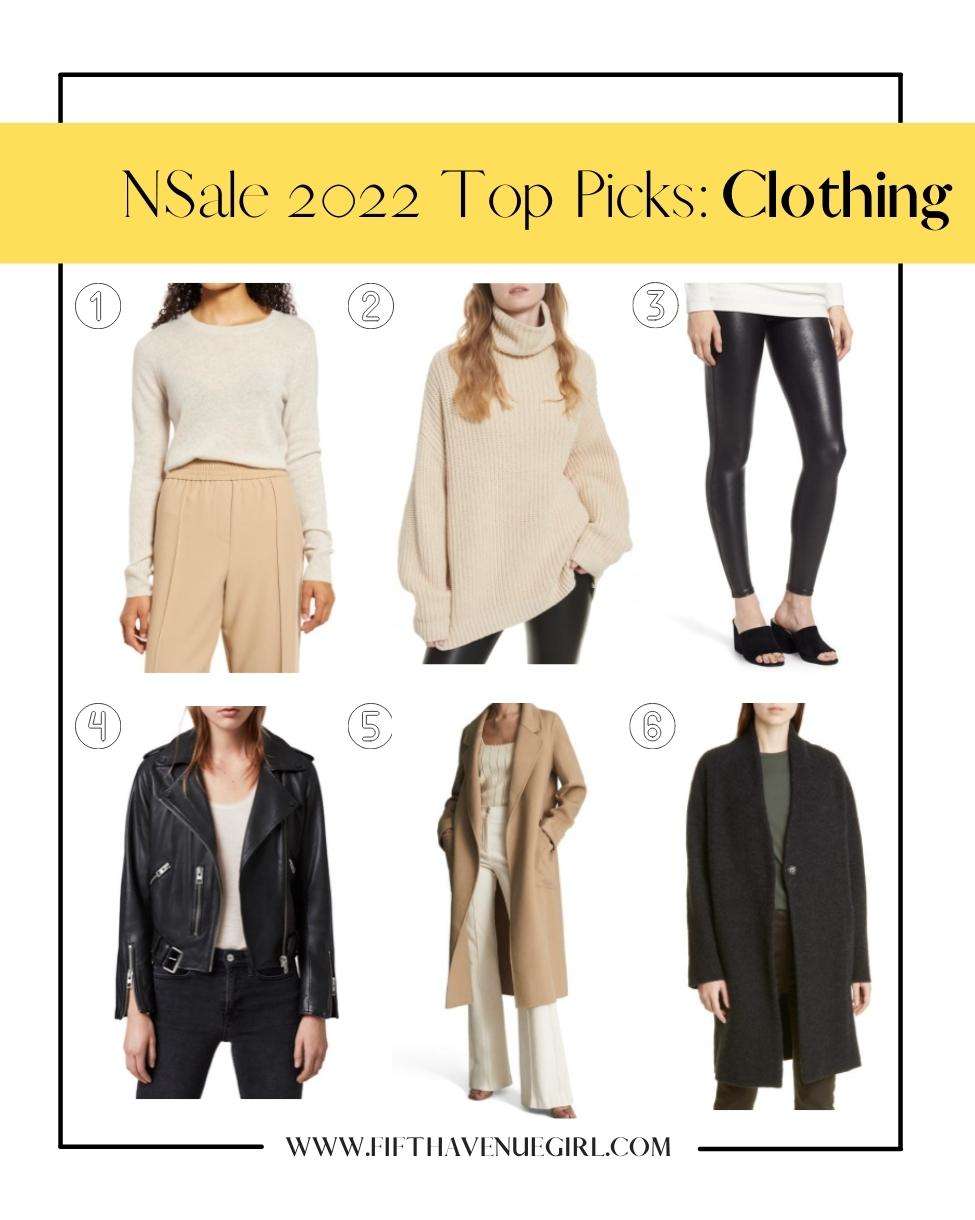 If you are looking to update your shoe collection for the new season, Nordstrom Anniversary Sale is your spot. Whether you’re looking for a new pair of sneakers, or something more cold weather appropriate, you’re sure to find your perfect match in NSale’s shoe section. This Anniversary Sale, don’t miss out on a pair of Steve Madden’s Chaya Pointed Toe Booties. Discounted to just $94.99, these are a no-brainer buy for fall. 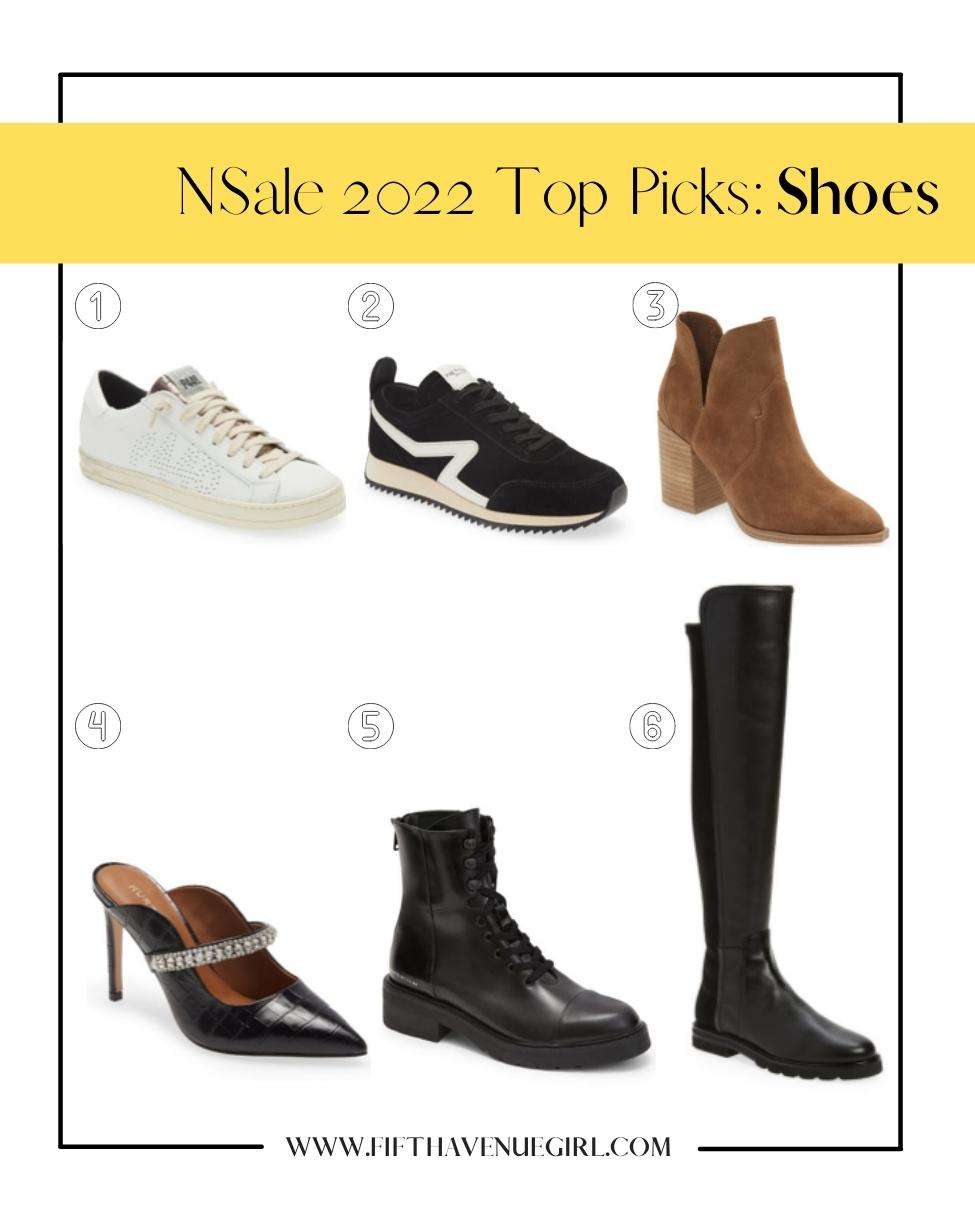 When it comes to accessories, Nordstrom Anniversary Sale never dissapoints! From fabulous handbags to statement jewelry and watches, there’s no shortage of deals in the NSale’s accessories section. Talking about handbags. The fan-favorite Longchamp Le Pliage Expandable Tote has returned for the Nordstrom Anniversary Sale 2022. So, if you’ve missed out on it last year, now is your chance to get it at a sweet $45 discount. But make sure to be quick, as some of the colors already sold out! 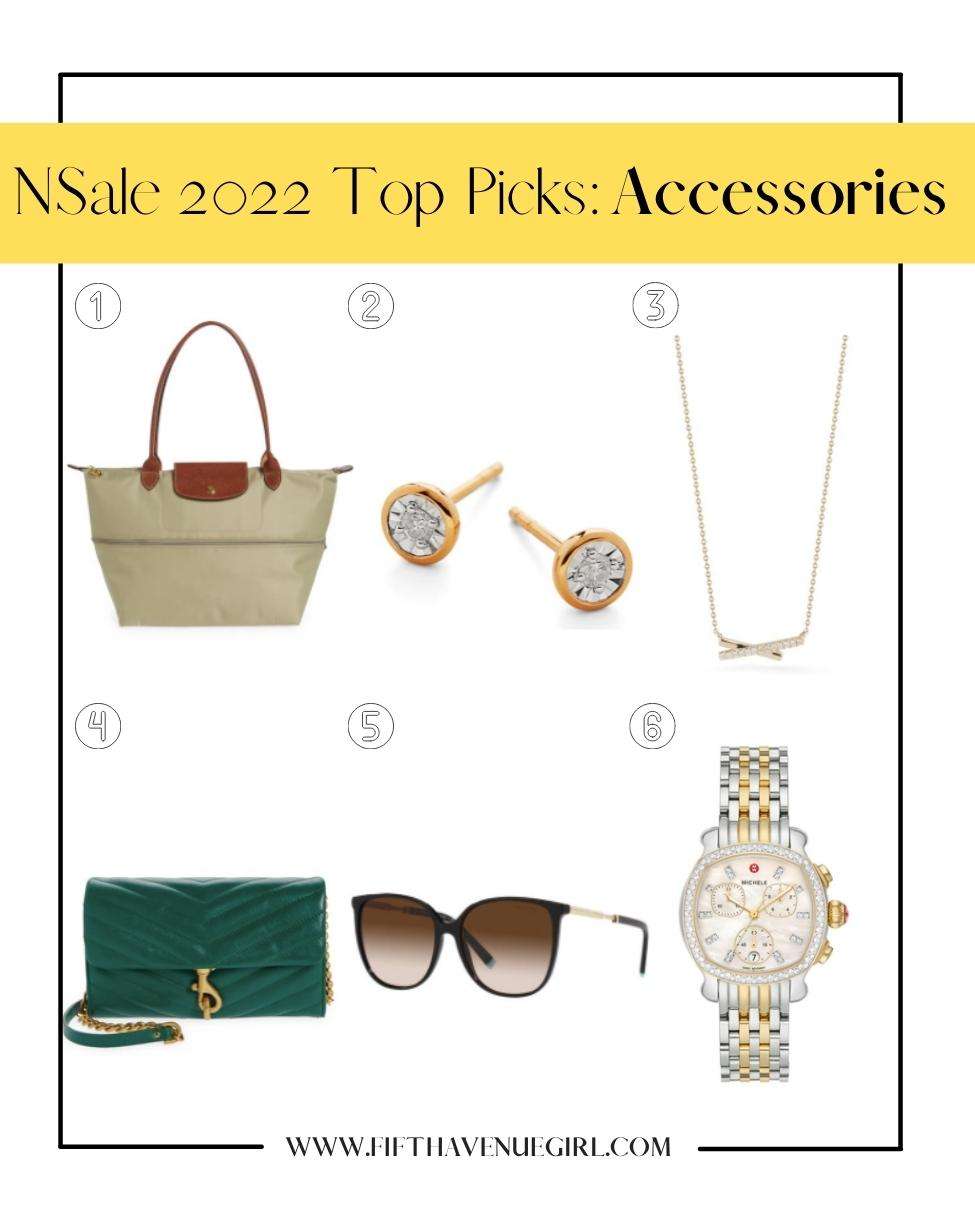 Nordstrom Anniversary Sale is a great time to get your hands on luxury beauty brands you’ve always wanted to try. Be quick, though, because those deals tend to sell out very fast. Among my favorites this year, La Mer’s Luminous Renewal Set, which during the Anniversary Sale is available to purchase for just $95. Featuring four of La Mer’s best-selling products, including the legendary moisturizing cream, this set is a perfect opportunity to try the iconic brand for less. 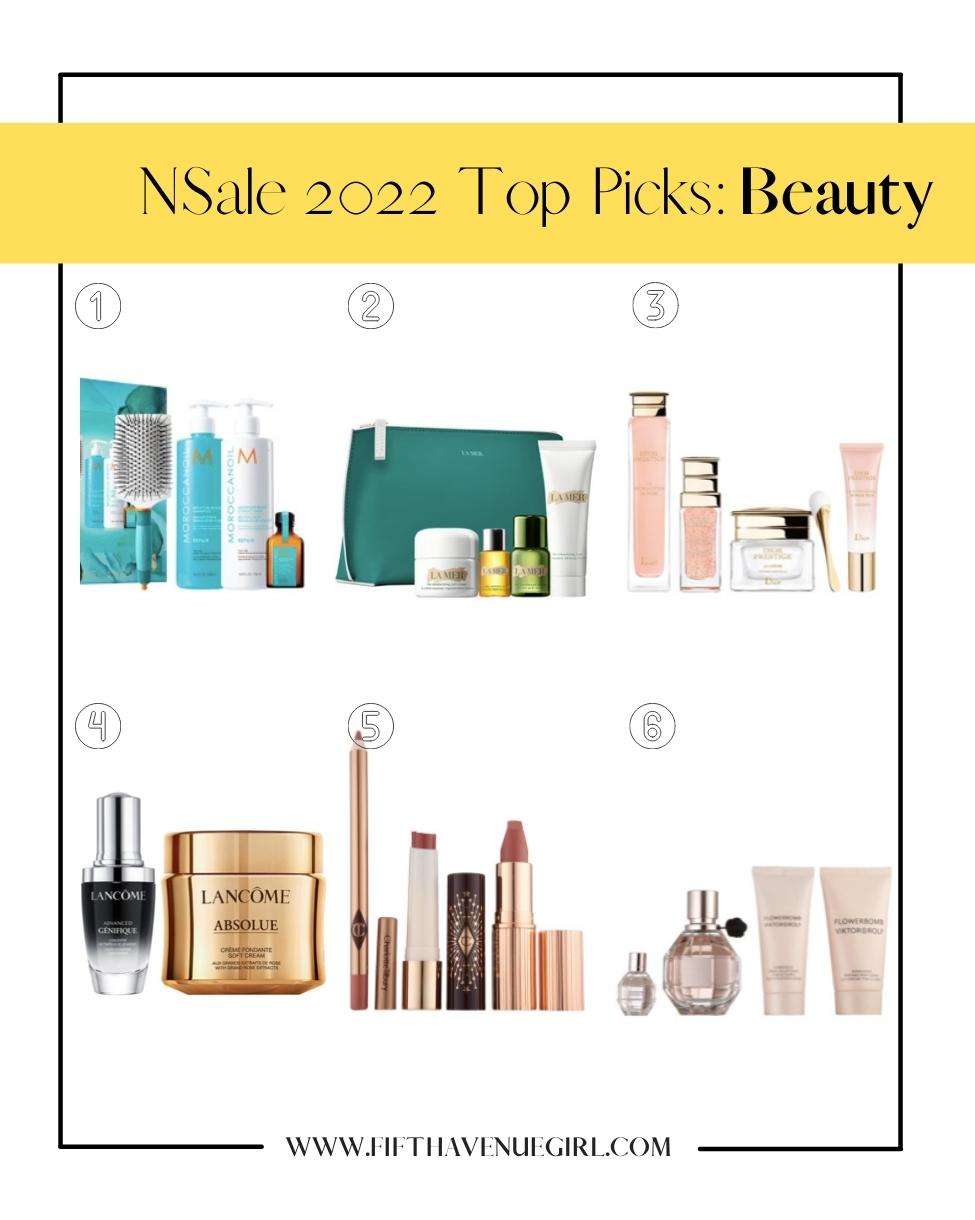 With insane markdowns on everything from cozy blankets to luxurious home decor, NSale is a perfect opportunity to update your home on a budget. And let’s be honest: your home deserves a new season upgrade as much as your closet! This year, don’t miss out on a chance to try four of Diptyque’s most popular fragrance candles as they are on sale for just $110. 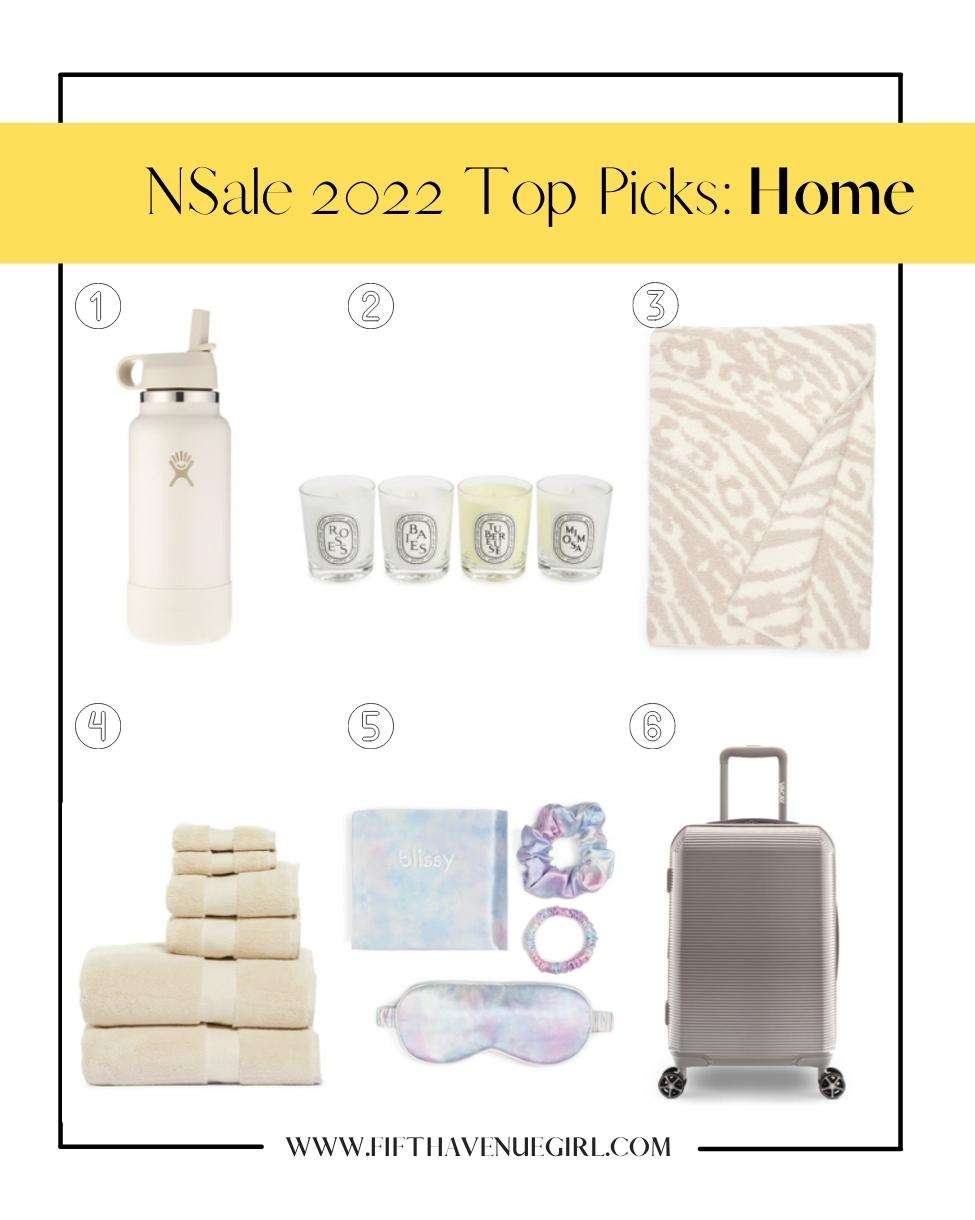