Back in 2021, when Louis Vuitton has discontinued the Toiletry Pouch, many people assumed it was done because at the brand they didn’t like the fact that so many people were converting their pouches into handbags. In case if you didn’t know, you could easily convert your Toiletry Pouch (no matter the size) into a handbag by using a handbag insert/organizer. Basically, what you would do is you would slide the organizer into the pouch, attach a chain to it and just like that, you now have a handbag. Isn’t that genius? Well, apparently they also really liked this idea at Louis Vuitton. So much so that they’ve decided to redesign the original Toiletry Pouch and re-release it.

Dubbed the “Toiletry Pouch On Chain”, the new LV toiletry officially hit stores around mid-June. However, it was around Spring 2021 when photos of it started surfacing online. At first, everyone thought that all Louis Vuitton did was add a removable chain to the beloved accessory. However, later on we’ve learnt that it was just one of the many changes made to the style. In addition to adding a removable chain, the new Louis Vuitton Toiletry Pouch On Chain also features leather trims and six interior card slots. Furthermore, concealed on the interior is a smaller version of the pouch that’s presumably meant to carry your smaller essentials, but can also be used separately if needed. 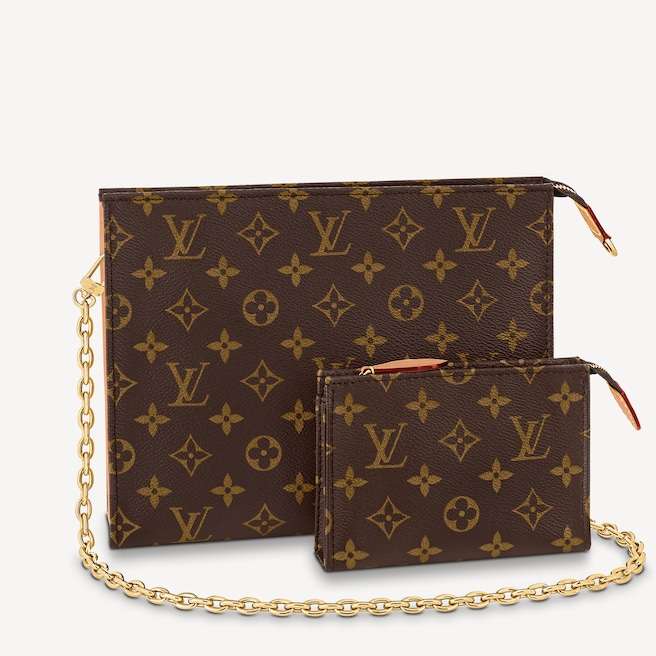 By the way, Louis Vuitton is now referring to their new Toiletry Pouch On Chain as to “a fashionable bag which can be carried in the hand or on the shoulder”. I guess it took them 30 years to discover that! If you are a long-time LV Toiletry fan, you know that Princess Diana was carrying it as a clutch long before the social media was even a thing. However, to each their own. Perhaps at that time Louis Vuitton didn’t think many people would want to wear the Toiletry Pouch as a handbag. 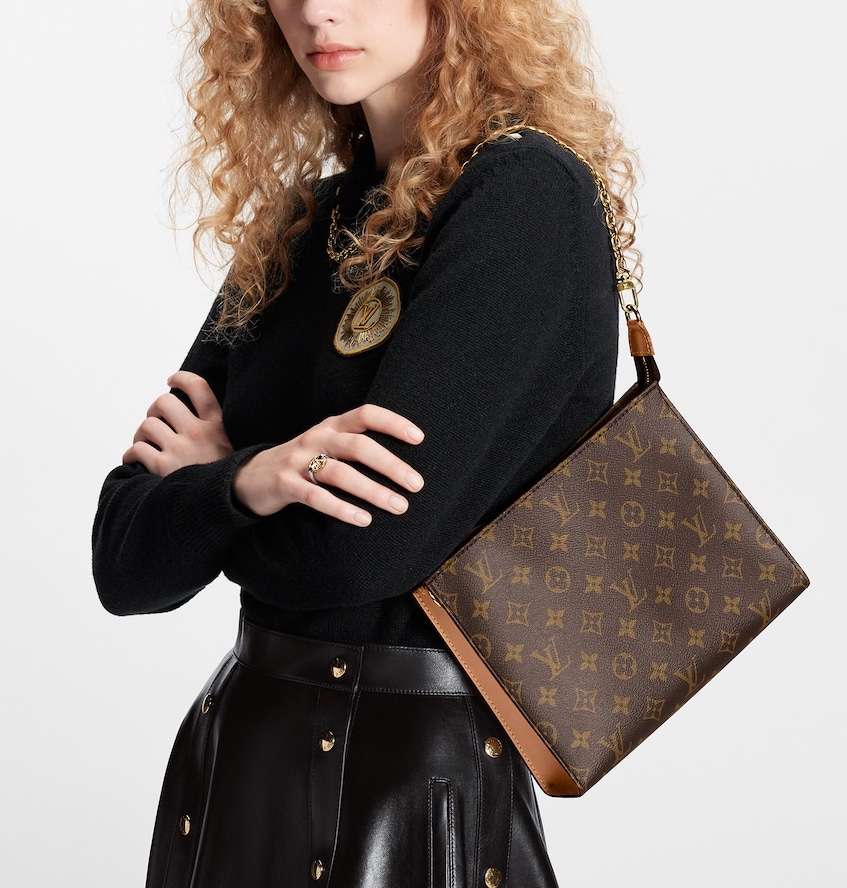 They obviously think differently right now. Hence the ultra-high price tag for the new Toiletry which is $1,760 + tax in the United States. Just for your reference: right before the discontinuation you could purchase the original Toiletry Pouch 26 for $580. I guess, we don’t even have to do the math here, as the price difference between the two pieces is absolutely atrocious. The real question is, are all of those design modifications really worth the extra $1,180? What do we think?

The Louis Vuitton Toiletry Pouch on Chain is now available in Louis Vuitton boutiques around the world, as well as on louisvuitton.com

Are luxury brands still cheaper in Europe in 2020?