Shocking news in the world of luxury fashion: Alessandro Michele leaves Gucci after 7 years of being the brand’s creative director. The news comes after last Tuesday an anonymous source close to the Fashion House told WWD that designer’s departure was imminent and a statement from Gucci’s parent company Kering is expected soon.

Well, the statement came much sooner than we thought. Last Wednesday, both Kering and Michele have confirmed the news; Kering though a press release and Michele via a post on Instagram.

As designer’s statement reads: “There are times when paths part ways because of the different perspectives each one of us may have. Today an extraordinary journey ends for me, lasting more than twenty years, within a company to which I have tirelessly dedicated all my love and creative passion. During this long period Gucci has been my home, my adopted family. To this extended family, to all the individuals, who have looked after and supported it, I send my most sincere thanks, my biggest and most heartfelt embrace. Together with them I have wished, dreamed, imagined. Without them, none of what I have built would have been possible. To them goes my most sincerest wish: may you continue to cultivate your dreams, the subtle and intangible matter that makes life worth living. May you continue to nourish yourselves with poetic and inclusive imagery, remaining faithful to your values. May you always live by your passions, propelled by the wind of freedom”. 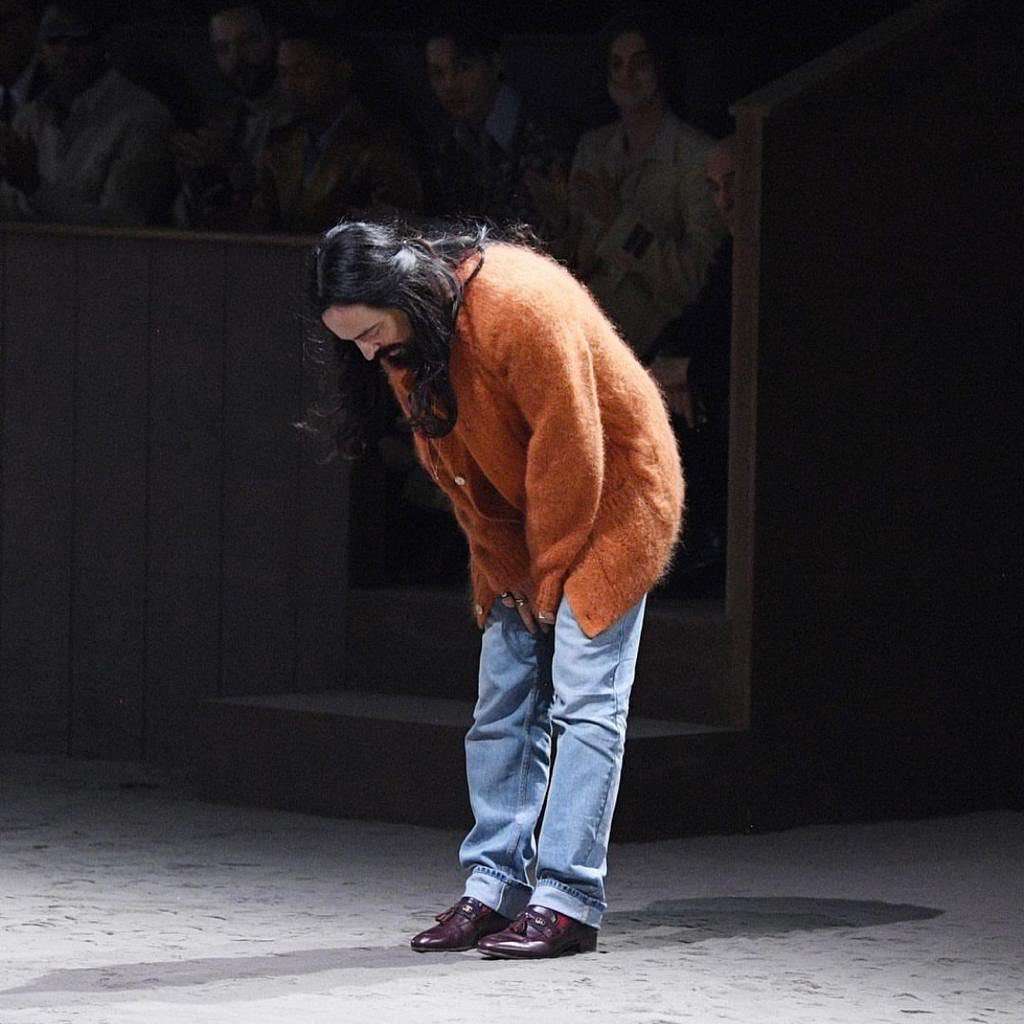 It goes without saying that news of Alessandro Michele leaving Gucci has brought the fashion community into shock. To be quite honest, such response was expected, as Michele has played a fundamental role in making Gucci the brand it is today.

How it all began

Having joined Gucci in 2002 as an accessories designer, for years, Alessandro Michele has worked alongside Frida Giannini, who was also the creative director of the brand from 2006 to 2014. Michele succeeded Giannini in 2015 and just days after his appointment, he revealed his first collection for the brand – which will now be remembered as the collection that defined Michele’s Gucci.

Replacing his predecessor’s seductive aesthetic for flamboyant, silk pussy-bow blouses and fur-lined loafers, Michele’s first collection for the brand has blurred the lines between masculine and feminine, while setting a whole new direction for the brand.

Needless to say that Alessandro Michele’s Gucci immediately attracted a new, younger consumer. And we must admit it: Michele really knew how to catch the interest of younger people and Gen-Z. From launching gender-fluid clothing and accessories to collaborating with some of the World’s biggest stars, incl. Harry Styles and Jared Leto, he has pretty much collapsed all the barriers separating luxury fashion and popular culture.

What’s next for Gucci?

Now, when Alessandro Michele has stepped down, the natural question to ask is what’s next for Gucci? Who is going to succeed the beloved designer? Well, neither Gucci nor Kering have announced a replacement yet. Just like they didn’t announce the official reason for the designer leaving, though Michele, in his Instagram post, cited “different perspectives” as the reason for his departure.

Insiders claim that Michele was asked to initiate a “strong design shift”, but failed to meet the request. Apparently, more recently Gucci has struggled to keep up momentum and is underperforming in comparison to Kering’s other brands. With that being said, until the new creative director is announced, Gucci’s in-house design team will continue working on brand’s new collections, just without a creative director. I must mention, however, that there is some speculation going around that Gucci might already have someone on their mind to replace Michele. But who could it be? I guess we’ll know soon!