Did you know that the Hermès Kelly has been around for way longer than the Birkin? The history of the Kelly bag dates back to 1892, when the first ever prototype of the bag was released. Initially, this bag was meant to serve as a saddle holder and was known as “Haut à courroies”. In 1923, the prototype was first redesigned into a simple bag for Hermès’s wife Julie. However, it was in 1930’s, when Robert Dumas, a son-in-law to Monsieur Hermès, redesigned the bag into the more glamorous “Sac à dépêches”, the bag that we know today as the Hermès Kelly.

In 1977, “Sac à dépêches” was renamed after the famous Hollywood actress and the Princess of Monaco, Grace Kelly. There is a large misconception going around that the Kelly bag was designed specifically for Grace Kelly. It’s, actually, not true! In 1954, Grace Kelly was given the bag to wear it in the “To Catch a Thief” Hitchcock movie. However, she ended up enjoying the bag so much that she continued wearing it regularly, even during her marriage to the Prince Rainier of Monaco. Interesting fact: Grace Kelly and Prince Rainier met in the French Riviera while she was there for the filming of “To Catch a Thief”.

In 1956, the “Sac à dépêches” shot to international fame, when the now Princess Grace Kelly was photographed holding it over her stomach in efforts to hide her pregnancy from the press. This photograph ended up on the front pages of magazines all around the World. As a result, people began to refer to the “Sac à dépêches” as to the Kelly bag. However, it wasn’t until 1977, that Hermès decided to officially rename the bag.

Today, the Hermes Kelly is one of the most sought after designer bags in the World. Whether you are considering to add a Kelly to your collection or simply want to learn more about the iconic style, consider this blog post your complete guide to the bag. 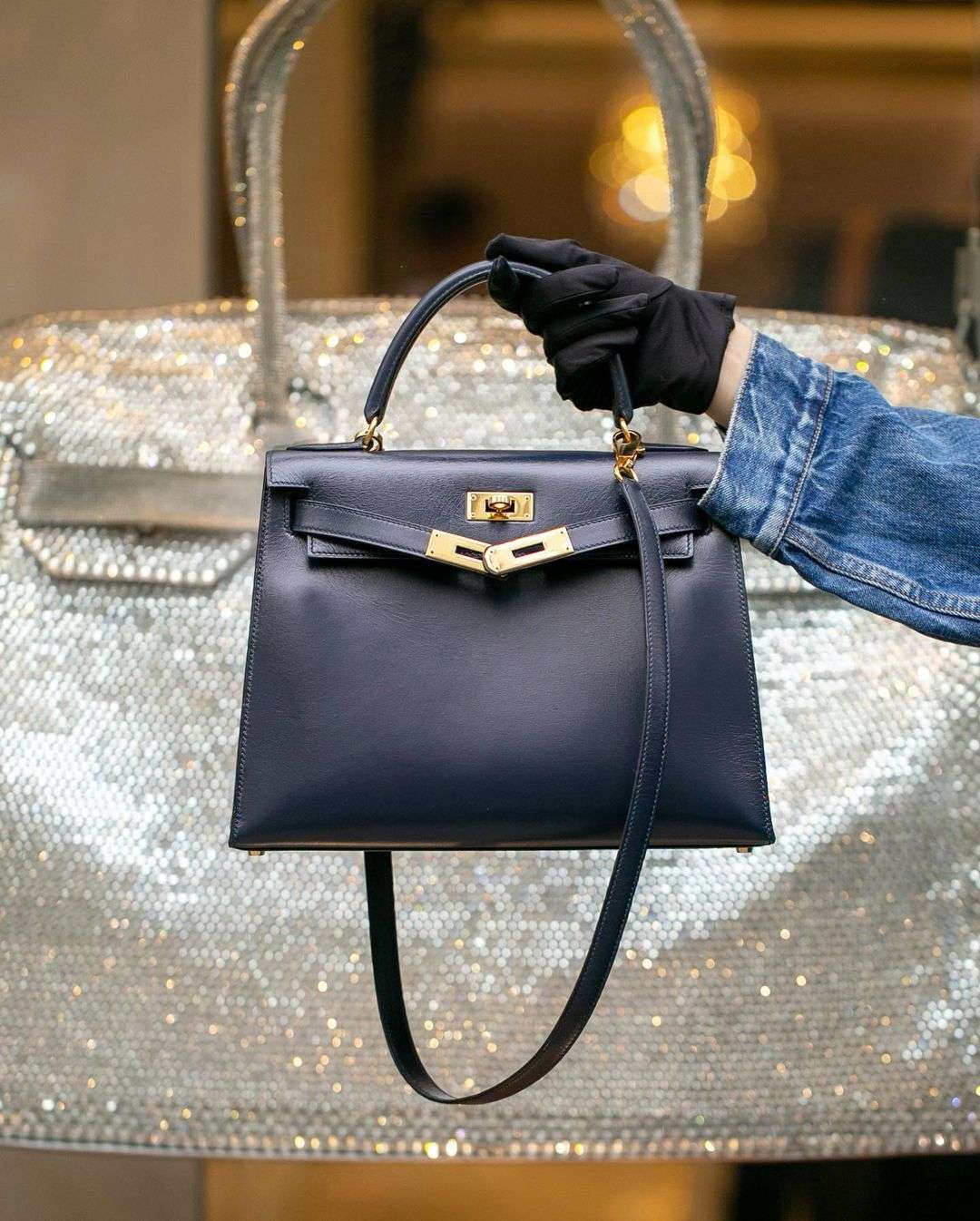 If you’ve ever browsed for the Kelly on the pre-loved sites, you must have noticed, that there are two styles of the Kelly bag out there: Kelly Sellier and Kelly Retourne. Before we dive into discussing the sizes that the Hermes Kelly comes in, it’s important to raise a distinction between these two styles.

What’s the difference between the Kelly Sellier vs. Retourne?

First of all, it’s important to state that both the Kelly Sellier and Kelly Retourne are made exactly the same way. The only difference is in bag’s stitching. The Sellier Kelly’s have stitching on the outside, while the Retourne Kelly’s are stitched on the inside. 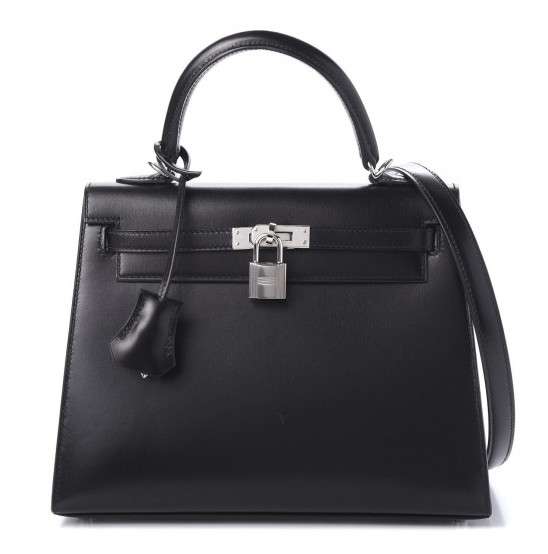 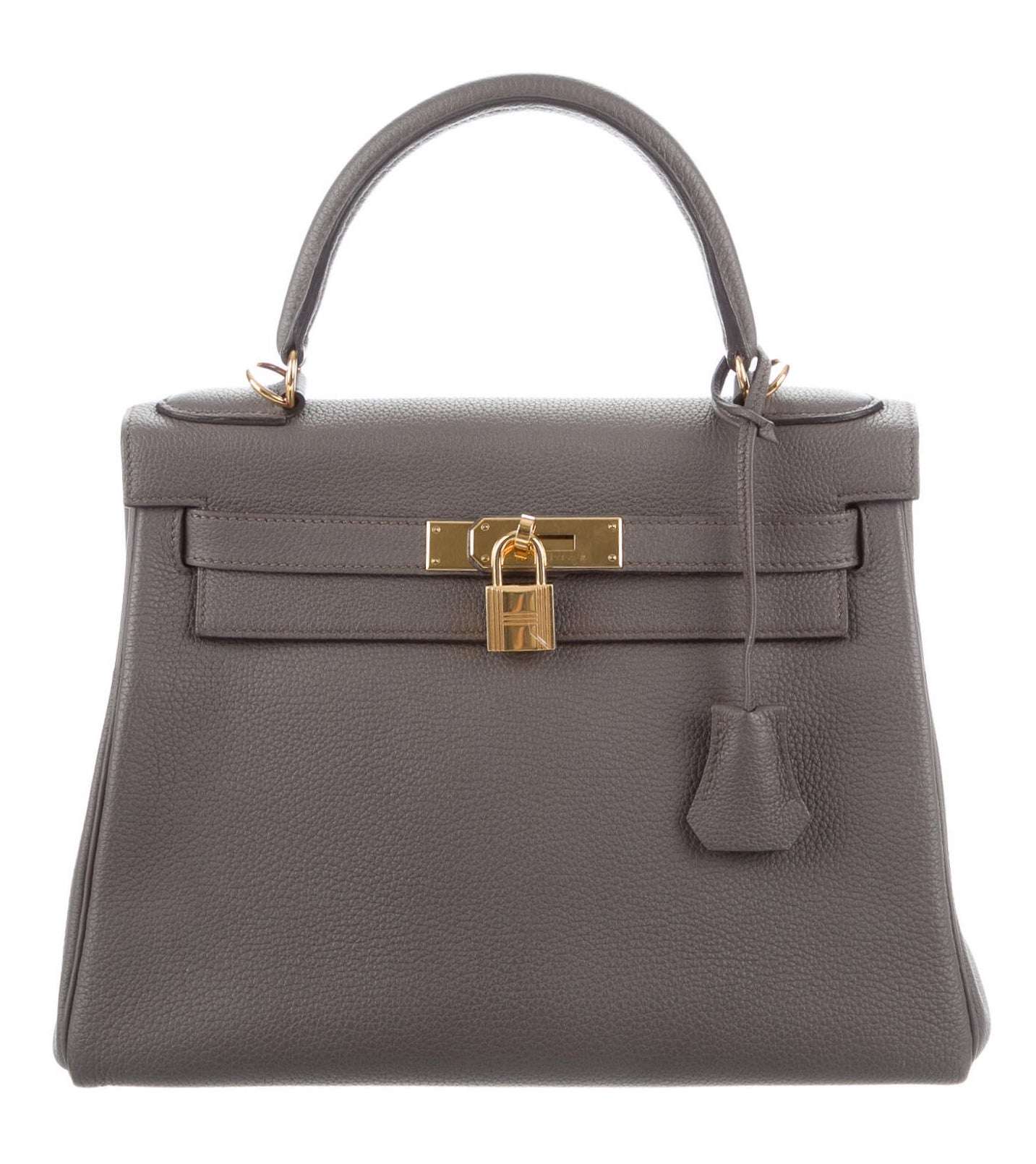 If to judge the bag purely by its looks, then the Kelly Sellier appears to look more formal and lady-like, while the Kelly Retourne has a more casual feel to it. Nonetheless, both styles of the Kelly bag are equally iconic.

When it comes to Hermes Kelly, the Kelly 25 and 28 and considered the most popular sizes of the bag. Both sizes are great choices for everyday wear. They pack a bunch of essentials, but Kelly 28 has slightly more room. However, Kelly 25 is probably the more versatile of the two. Because of its petite silhouette, the Hermes Kelly 25 transitions effortlessly from a day to night bag. In addition, the Kelly 25 is small enough to take it to formal occasions or wear it casually, crossbody.

Common materials that the Kelly Bag comes in include:

Hermes uses harder leathers, like Box Calf or Epsom for Sellier Kelly’s and softer leathers like Togo and Clemence for Retourne Kelly’s.

Talking about the rarer styles… In addition to multiple sizes of the Kelly bag, Hermes carries on to produce limited edition versions of the style year after year. The most desired limited edition Kelly, is without a doubt, the Himalaya Kelly. The bag is made of the skin of the Nilo crocodile, rendered in a subtle coloration that resembles the images of the magnificent Himalayan mountains. 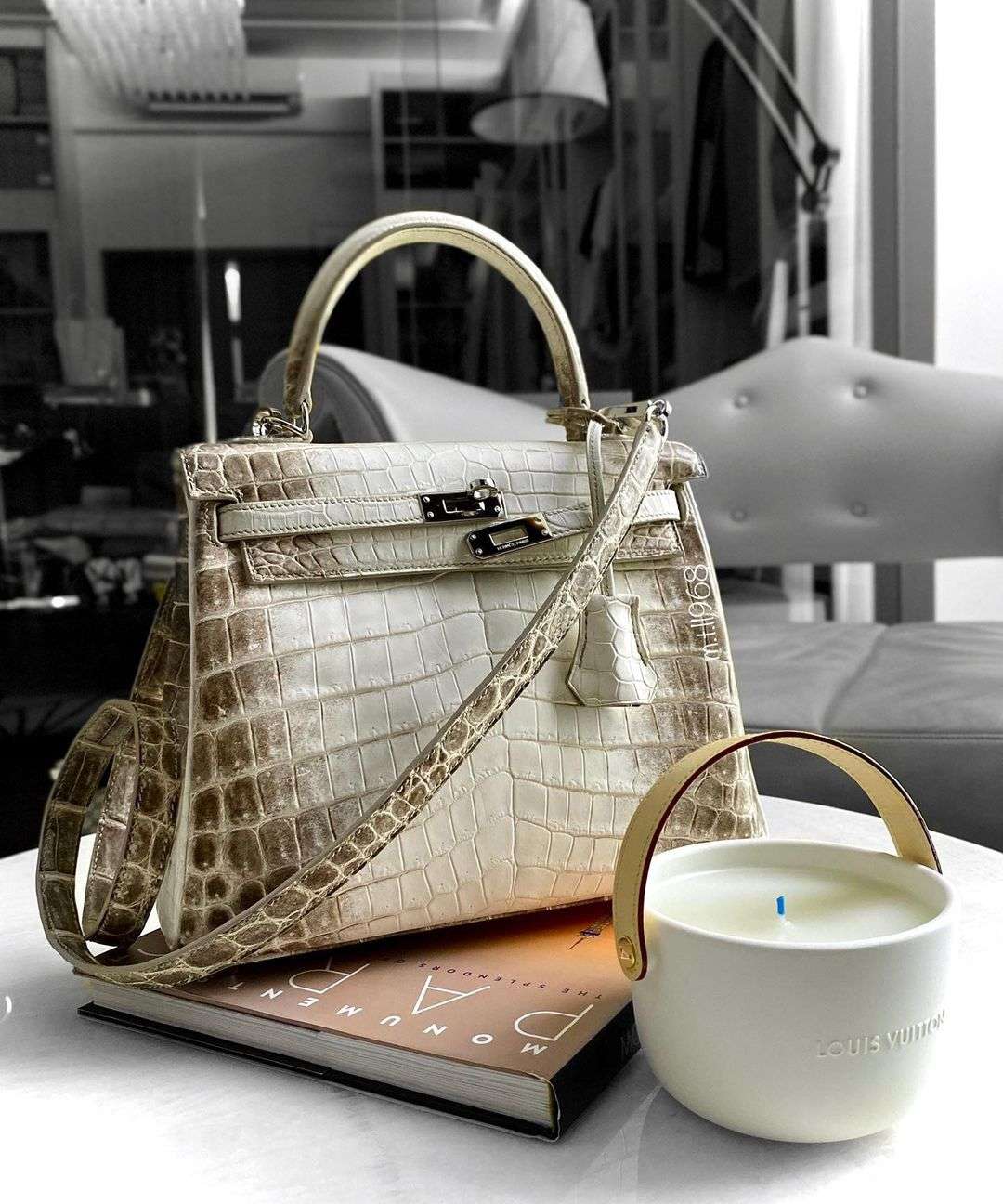 Hermes has produced both Himalaya Birkin’s and Kelly’s. However, the Kelly wins in terms of rarity. A very limited number of Himalaya Kelly’s have been made. Obtaining one is a dream of most handbag collectors in the World. The Himalaya Kelly is truly a symbol of status and exclusivity. Needless to add that these bags also appreciate in value. Just recently, a Himalaya Kelly 25 was sold at an auction at a whopping price of $382,000!

From the prices listed in the table you might notice that there is a significant price difference between the Kelly Sellier and Retourne styles. For example, a Retourne Kelly 25 in Togo leather is priced at $9,350, while the same size Kelly in Sellier, but Epsom leather would cost you $10,300. That’s a whopping $950 difference between the two bags! Wondering why? There is actually a pretty logical explanation for why the Kelly’s in Sellier are more expensive than Kelly’s in Retourne. And that’s the bag’s shape. A rigid and structured shape of the Kelly Sellier requires more hours to complete. You probably heard that every Hermes bag is crafted by a single artisan. It takes an artisan anywhere from 18 to 24+ hours to complete one Kelly bag. In short, the additional labor and craftsmanship is what makes the Kelly Sellier pricier across all sizes.

However, the fact that the Kelly Sellier is more expensive than Retourne doesn’t mean that the Kelly Retourne is a bad investment. Both Sellier and Retourne Kelly’s hold their value very well and even sell for a premium on the resale market.

10 of the Best Luxury Espadrilles to Invest In

Why You Should Never Buy Fake Designer Goods