Selling a handbag at a loss is without a doubt one of handbag lover’s worst nightmares. That’s why it’s incredibly important to educate yourself on which handbags hold their value and which ones don’t. A good indicator of that is resale value. If you are into luxury handbags, you should already be familiar with this one. The resale value refers to the percentage of the original retail price that the item sells for on the secondary market. The higher the bag’s resale value, the more of your original investment you are going to make back if you ever choose to sell.

I’d wish all designer handbags had high resale values, but unfortunately, it’s not the case. Typically, you are going to see one or two handbag designs from a brand doing well on the resale. Only one brand is an exception to this rule and that’s Hermès.

Out of all designer brands, Hermès’ handbags top the resale value list. And this applies to most of their styles, not just the Birkins and Kellys. The reason is simple – limited supply. Hermès handbags are produced in ridiculously low quantities, while the demand keeps growing with every year. Add up growing demand to a limited supply and you’ve got a perfect formula for a blooming resale market.

To provide my readers with an insight of Hermès bags with the highest resale value, I’ve partnered with SACLÀB – experts in sourcing difficult-to-find and waiting-list designer goods. If you are looking to sell your Hermès handbag, or are on a market for one, SACLÀB is your go-to destination. All pieces sold through SACLÀB go through a rigorous authentication process. You can therefore be sure that everything you purchase through them is 100% authentic. Furthermore, if for some reason you decide not to keep the item that you’ve purchased, you can return it back to SACLÀB within 14 days of its delivery for a full refund.

Keep scrolling to find out which Hermès handbags have the highest resale values.

Unlike the value of the S&P 500, the value of the Hermès Birkin Bag has never fluctuated downwards. That’s why the bag is often considered a better investment than the stock market. One of the most expensive Hermès Birkin bags ever sold through an auction was an Hermès Himalaya Birkin with diamond hardware which sold for over $300,000. However, not just the exotic Birkins do well on the resale.

Due to a difficulty of buying the Birkin directly from the boutique, even non-exotic versions resell for a premium – and for way beyond their original retail price. However, not all Birkins retain their value equally. The resale value of the Hermès Birkin is largely dependent on individual specs of the bag, its condition, as well as, on current fashion trends.

There was a time when the 35 was considered the holy-grail size for the Birkin. Now, it’s the smaller sizes for the bag, like the 25 and the 30. Since it’s all about the mini bags at the moment, smaller sizes of the Birkin offer higher resale values than larger sizes. So, if you currently own a Birkin 25, now might be a good time to sell.

“The Birkin is still our bestseller at SACLÀB and the epitome of an investment bag. Since Hermès brought back the Birkin Sellier in 2020, we’ve seen a lot of demand for this cut,” says Jan-Oliver Stück, the co-founder of SACLÀB. 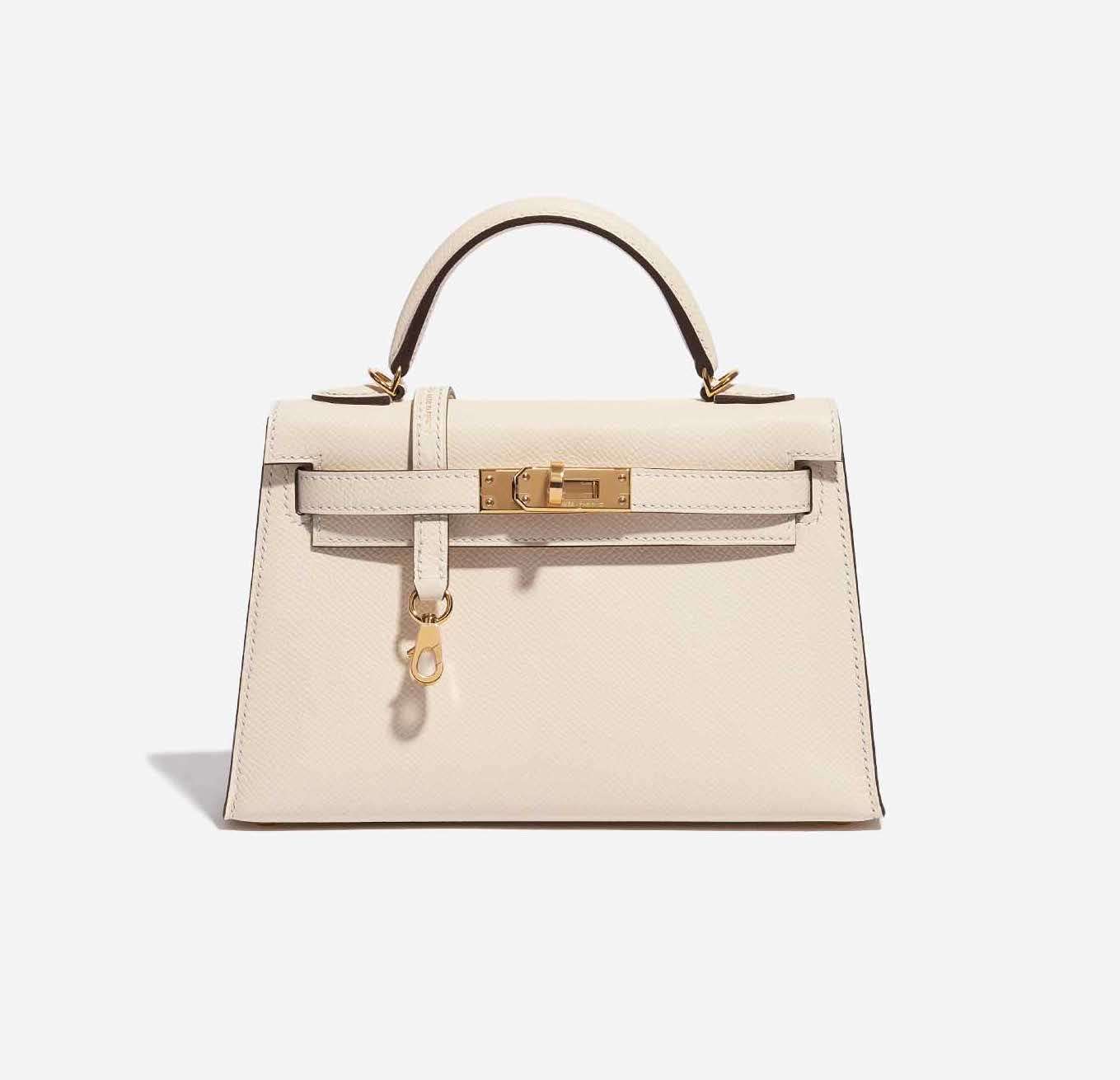 If you think the Hermès Birkin selling for over $300,000 at the auction was a lot, you haven’t seen the recent selling price for a Himalaya Kelly. Just last year, a Himalaya Niloticus Crocodile Kelly Retourne 25 has sold for a whopping $437,330 at a Christie’s auction in Hong Kong.

While the resale value of the Hermès Kelly will largely depend on its individual specs, market trends also play an important part. In recent years, smaller sizes of the Kelly bag have increased in desirability. Hence, on the secondary market today those are often listed above their retail prices. Among the most popular sizes for the Kelly bag at the moment are the Kelly 25 and 28 as well as the smaller Kelly 20 (also known as Mini Kelly).

The Mini Kelly in particular is a hot commodity right now among Hermès collectors. It’s very rare to come by a Mini Kelly in a boutique, hence why its resale value is among the highest of all Kelly’s. Bought new, a Mini Kelly starts at about $8,000 for the Epsom leather version, whilst on the secondary market the bag often sells for double, or even triple the price. Mini Kelly’s in exotics resell for even higher. 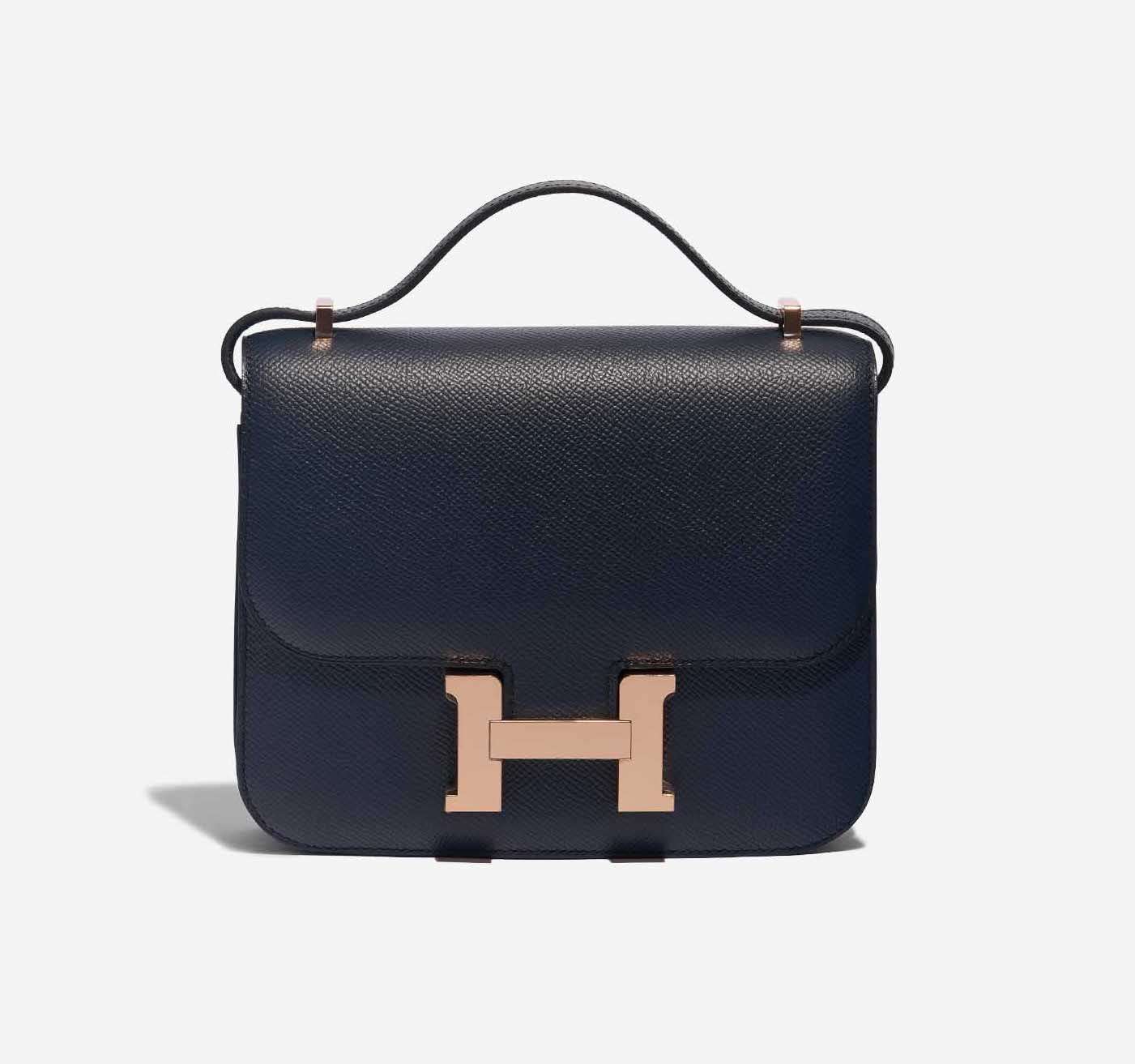 Completing the Hermès “Holy Trinity”, the Constance is another highly coveted style for Hermès. Often referred to as a Hermès version of the Classic Flap, the Hermès Constance features a sleek and minimalist design with a bold “H” logo and a long shoulder strap. The bag comes in four different sizes: Micro (14), Mini (18), 24 and Elan, with the Mini and 24 as the two most popular sizes for the bag.

Bought new, a Constance 18 in regular leather like Epsom, currently sells for around $7,700 in Hermès boutiques, whilst a Constance 24 in Epsom is around $10,200. The Constance is known to fly off the boutique shelves extremely fast, sometimes even faster than a Birkin or Kelly. This is a part of the reason why the bag holds its value so incredibly well.

As with any Hermès bag, it pays to invest in exotics. One of the most sought-after Hermès Constance Bags on the secondary market is the Ombre Lizard Constance. However, standard leather Constance bags also make a good investment. Brighter colors oftentimes sell for a premium regardless of the size.

Jan-Oliver Stück, the co-founder of SACLÀB shares, “The Constance is the perfect everyday crossbody bag. I would recommend investing in Epsom leather as it’s more resistant to scratches and holds its value slightly better than smooth leathers like Box, Evercolor and Tadelakt.” 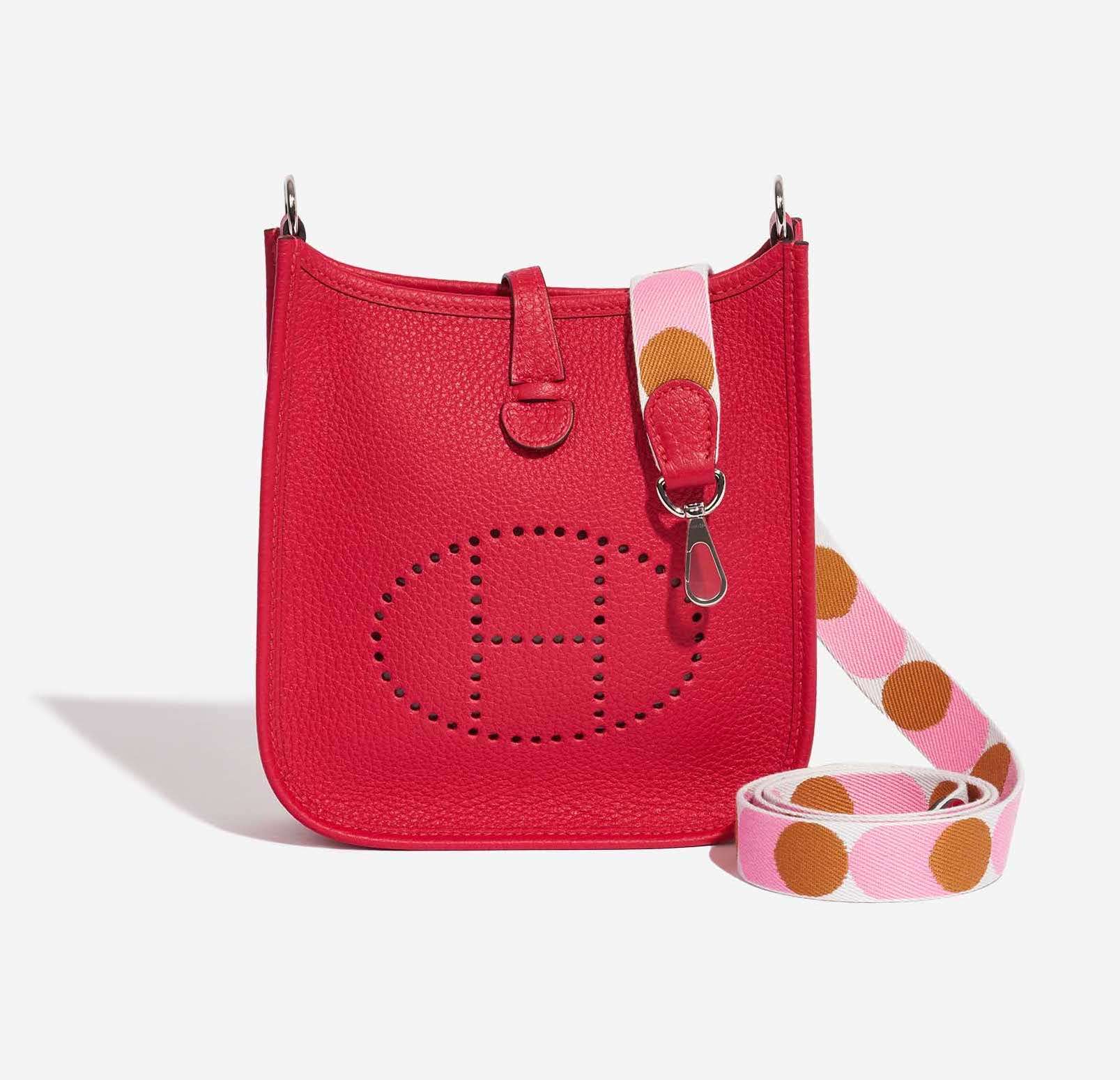 The Evelyne is a very popular style among Hermès handbag lovers. Praised for its laid-back design and relatively affordable price point for Hermès, the Evelyne is an extremely popular pick among first time Hermès buyers. The Evelyne typically comes in either Clemence or Epsom leather. Currently, the bag is available in 4 different sizes, with the most sought-after of them being the Evelyne TPM (the smallest Evelyne available).

Out of all Hermès Evelyne bags, the TPM boasts the highest resale value. The bag currently retails for about $2,000 in boutiques. However, I’ve personally seen these resell for anywhere between $2,500 and $3,500 on the secondary market, with the biggest mark-ups observed on colors like Gold, Etain, Noir and Rose Extreme.

“Personally, I really like the laid-back, sporty look of the Hermès Evelyne. If you want to go for an Evelyne TPM, keep an eye out for styles with a colourful, patterned shoulder strap – such as the Flipperball design. You can also attach it to your Kelly, which is a plus,” that’s another helpful tip from Jan-Oliver. 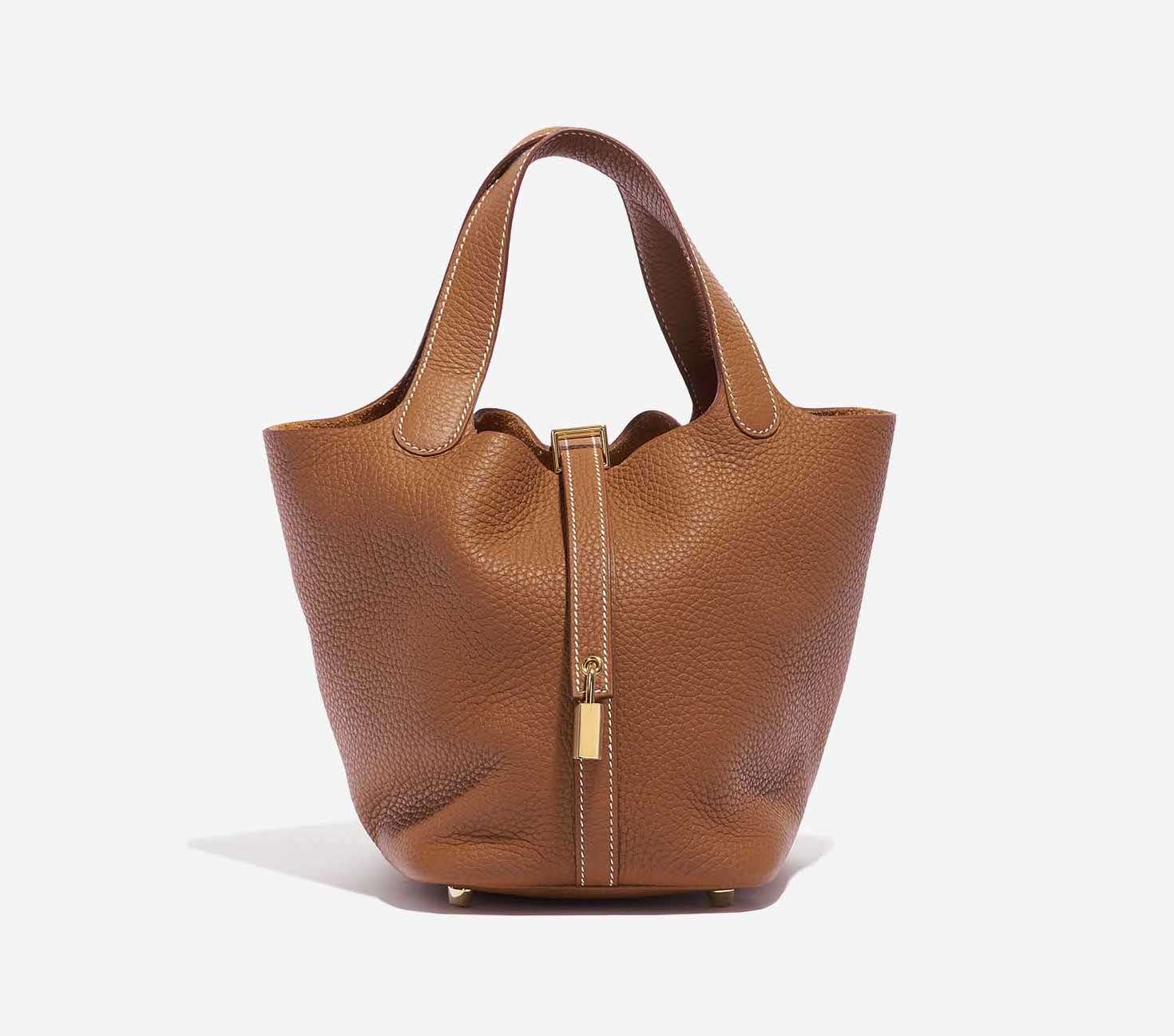 The Hermès Picotin is another popular entry-level style from Hermes. Featuring an elegant, bucket bag silhouette with a signature Hermès padlock closure, the Picotin is so simple, yet so unmistakably Hermès. Similarly to the Evelyne, the Hermès Picotin comes with a pretty accessible price tag. The Picotin 18 starts at about $2,750, while the Picotin 22 retails for $3,000.

The bag typically comes in Clemence leather. However, the Picotin has also been offered in exotics, such as alligator and ostrich. Interestingly, Hermès Picotin bags in standard leathers like Clemence are typically easier to resell, than those in exotics. This applies to Picotin’s in both standard and seasonal colors.

The co-founder of SACLÀB further shares, “The Picotin is a great beginner’s Hermès bag. I would advise investing in a size 18 in regular leather and a classic colour, such as Noir or Gold. If you ever decide to sell it, a classic combination holds its value best in my experience.”