What’s the first bag that comes to your mind when you think Hermès? Is it the Birkin, the Kelly, or maybe, the Constance? Often referred to as the bag that completes the “Holy Trinity” of Hermès handbags, the Constance is the third most popular Hermès bag, after the Birkin and Kelly. In fact, it’s as difficult to score the Constance as one of its iconic sisters. Due to bag’s immerse popularity that has, by the way, only increased throughout the years, Hermès Constance bags usually sell out the moment they land in boutiques. Nonetheless, if you want to try your luck and score the Hermès Constance bag directly from the boutique, here are the latest prices.

The price of the Constance bag will depend on the size and material that the bag comes in. The Hermès Constance Bag is available in 4 different sizes: micro, 18 (mini), 24 and the Elan. However, it looks like the Micro and Elan Constance bags might have been discontinued, or are on the way to being discontinued, as it’s becoming more difficult to come by these sizes in boutiques. The two most popular and common sizes for the Constance today are the 18 and 24. The Constance 18 is perfect for someone who carries just the essentials, while the Constance 24 is for those who value more room. 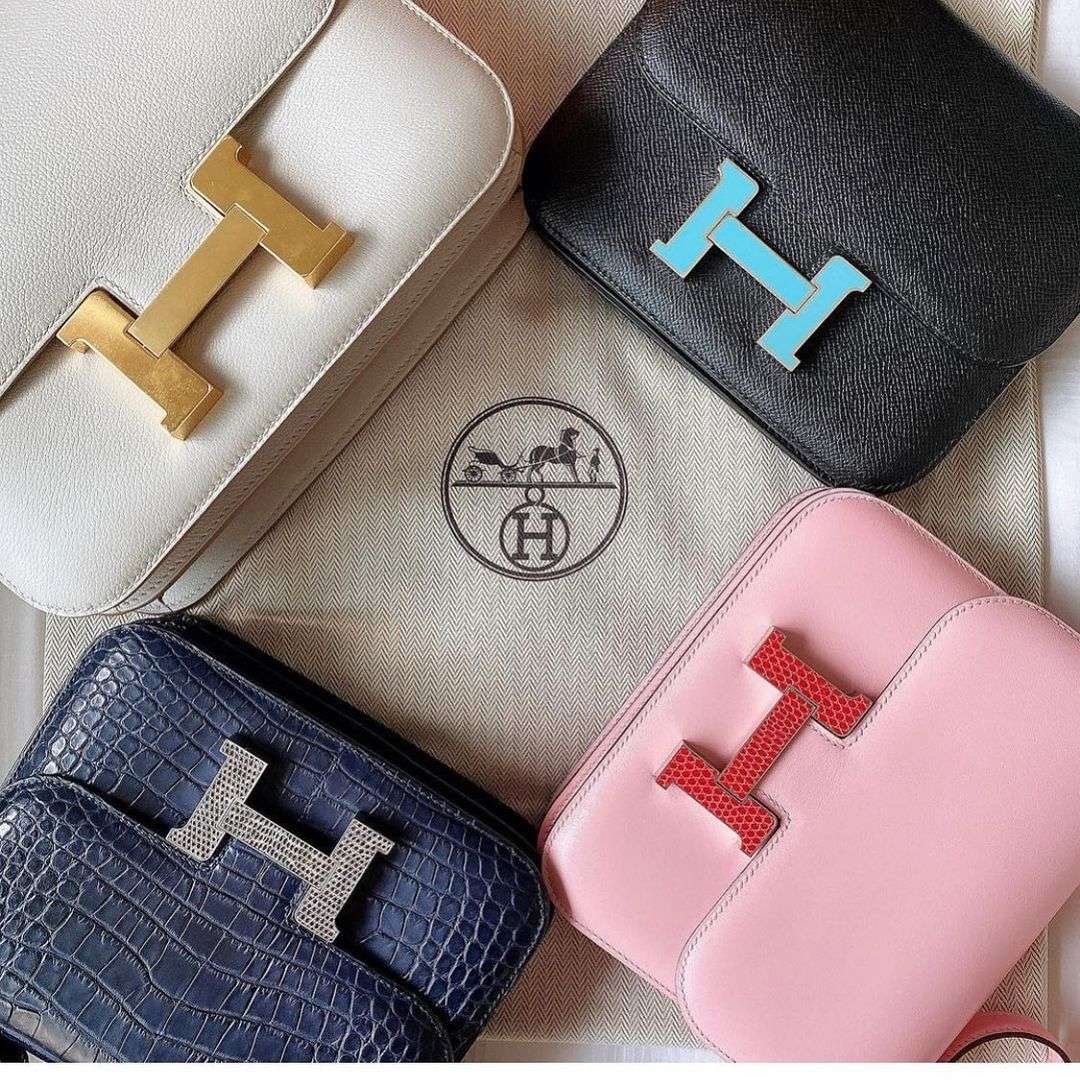 The Hermès Constance Bag is traditionally crafted in such materials like Epsom, Box and Evercolor leathers, although it is also produced in other fabrications incl. exotics. Lizard, ostrich and crocodile are all popular alternatives to the classic leather version.

Bought brand new from the Hermès boutique, a Constance 18 (Mini) in Evercolor leather is currently priced at $8,200 in the United States. The same bag in Europe can be purchased for €5,850.

The current retail price of the Evercolor Constance 18 in Europe (€5,850) converts to approximately $6,900, which is an over $1,300 savings compared to the current price of the bag in the United States ($8,200). This is great news for US shoppers. If you have an eye on the Constance 18 and are planning a trip to Europe, you should definitely try to take an advantage of the cheaper prices!

Actually, if you are interested in the Constance 24, you might also want to consider buying it abroad. The Constance 24 Bag in Epsom leather currently retails for $10,300 in the United States and €7,350 in Europe. The current euro price of the Constance 24 Epsom converts to roughly 8,700 USD, which means that you could potentially save $1,600 by simply purchasing the bag abroad. We can only hope that we’ll be able to resume travel in 2021! 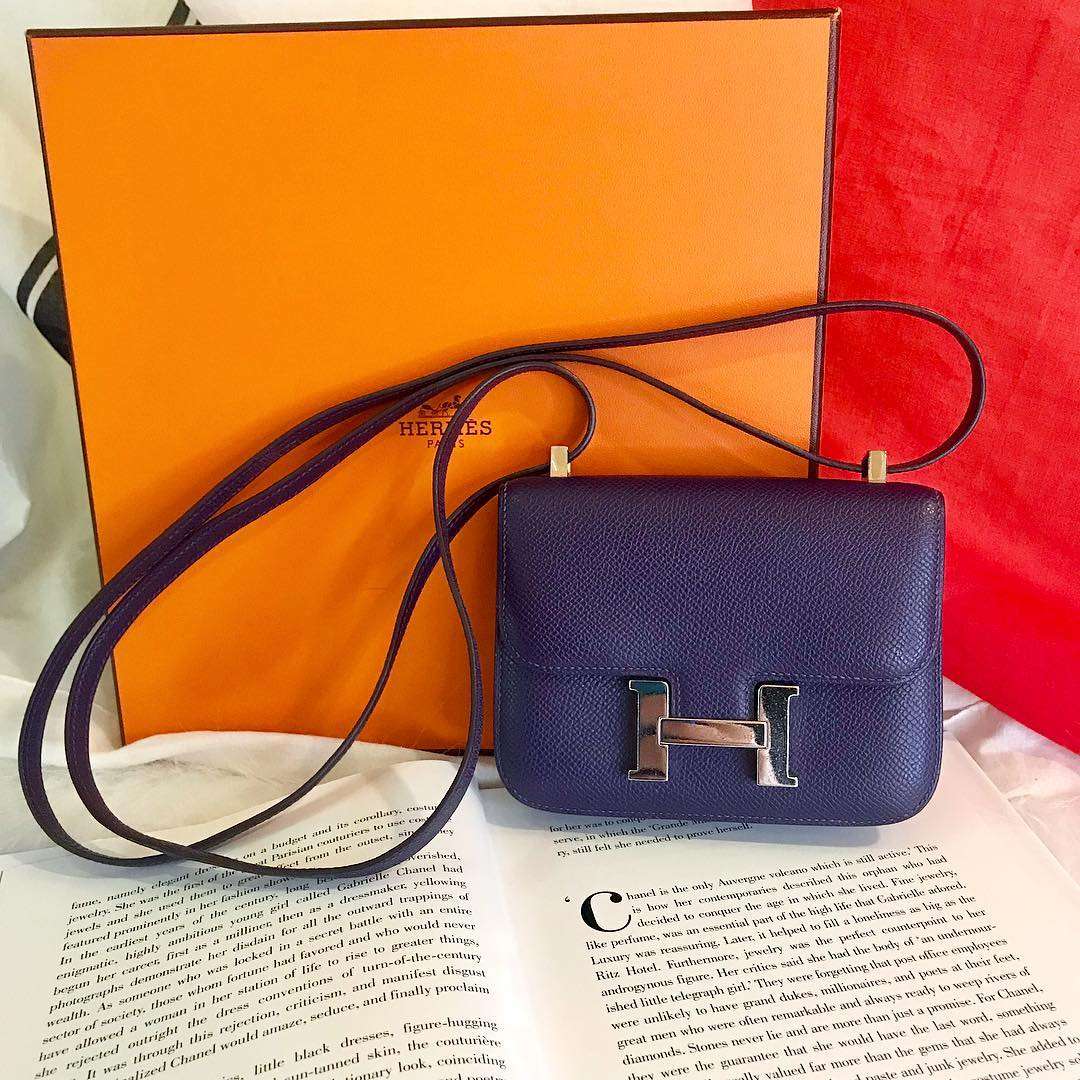 However, this isn’t the case just with the Micro Constance. According to seasoned Hermes shoppers, the Constance in any size is hard to access. These bags are extremely rare to come by in boutiques. In fact, it can be easier to score the same Birkin or Kelly, than a Constance! This is why a Constance in any size fetches notable amounts on the pre-loved market. Just as an example, check out this Evercolor Constance 18 which is currently being sold on Fashionphile for $13,905!

By the way, the most expensive Constance bag ever sold at an auction was a limited edition niloticus crocodile tri-color Constance 24. The bag has sold at Christie’s auction in 2015 for whopping SGD120,000 (around USD90,000).