Want to learn where and when your LV bag was made? Consider this blog post your complete guide to Louis Vuitton date codes. 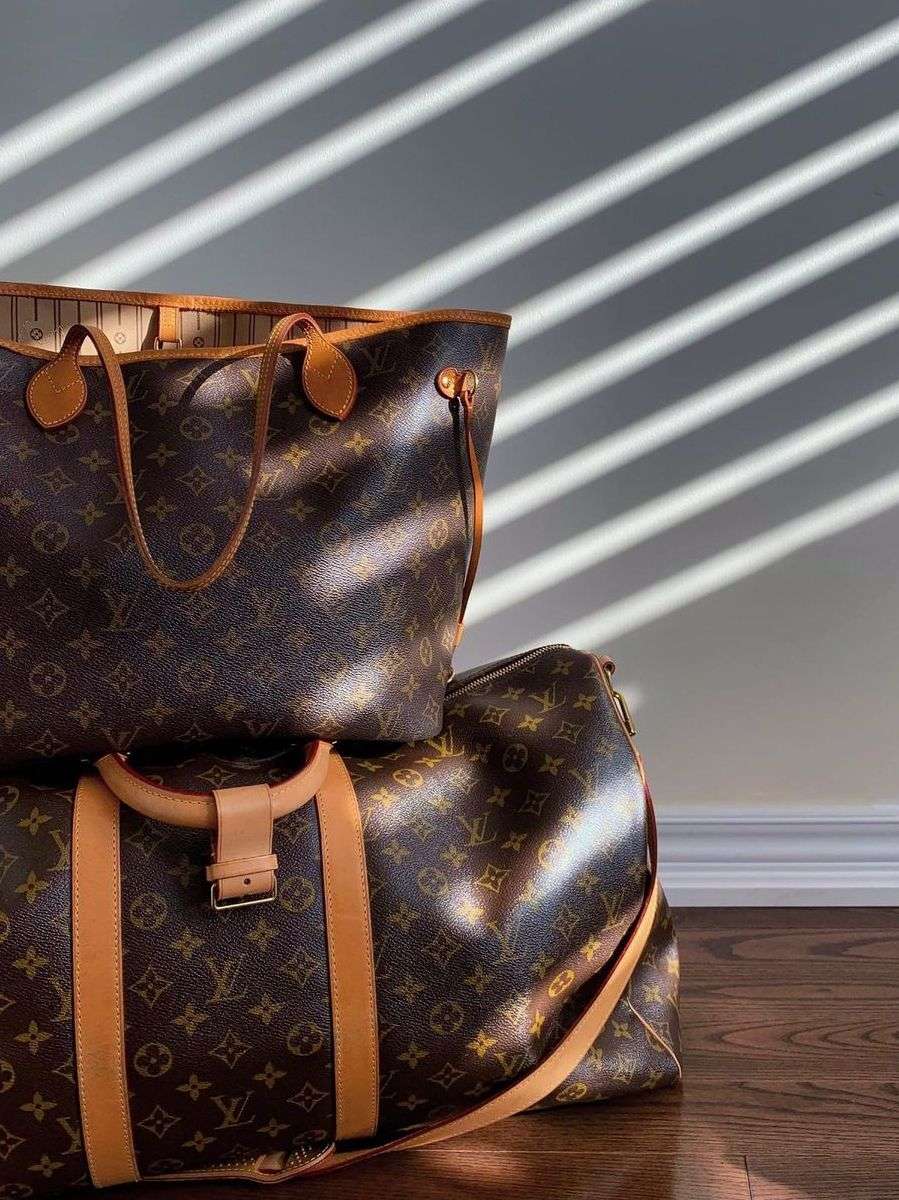 Let’s start with a bit of history. Louis Vuitton has included dates codes with most of their items since the early 1980’s. The date code system has changed several times throughout the years. Date codes on older bags feature just numbers, while on newer items, date codes consist of both letters and numbers. Letters refer to the country in which the item was made and numbers correspond with the month and year of item’s manufacturing.

Why should we care about Louis Vuitton dates codes in the first place? Well, the thing is that date codes can be particularly helpful if you are considering to purchase a vintage or pre-loved Louis Vuitton anything. Date codes tell you the history of the item. They can also help to tell whether the piece is authentic or not.

However, when it comes to verifying authenticity of a Louis Vuitton item, date codes are just one piece of the puzzle. Unfortunately, counterfeiters have learnt to stamp date codes on their fakes. So, the fact that the item does have a date code on it doesn’t verify that it is authentic.

However, there is one sure sign that can help you identify a fake. Try to match the date code with the “Made in” stamp. Very often, counterfeiters don’t care what letters and numbers to put on their date codes. On authentic Louis Vuitton items, the country indicated on the “Made in” stamp should match the country by the two letter factory code (see the list of factory codes in the table later in the blog post). If, for instance, the date code on your bag includes the letters FC (which means USA), but the bag says “Made in France”, it is a sure sign of a fake!

Where do you find date codes on Louis Vuitton handbags?

Older LV handbag models have date codes embossed on or near the handles.

A typical Louis Vuitton date code features two letters and four numbers. The letters indicate where the item was made, while the number show the month (or, week) and the year the item was manufactured. The date code system has changed several times throughout the years.

Where was my Louis Vuitton made?

If your handbag is from the mid-1980’s or later, in the date code you will find two letters which would indicate where (the country location of the factory) your Louis Vuitton item was made at. Louis Vuitton makes their products in several countries, not just in France. It actually, a pretty common misconception to deem a bag fake based on the “Made in” tag. Apart from France, Louis Vuitton bags are also made in Spain, Italy, Germany, Switzerland and USA. It’s important to state that there is absolutely no difference between Louis Vuitton made in France and Louis Vuitton made in other countries.

Curious to find out in which country was your Louis Vuitton handbag made? See the table below for a full breakdown of Louis Vuitton factory codes.

* Keep in mind that Louis Vuitton keeps releasing new factory codes. So, at the time you are reading this blog post, the list above might be incomplete. 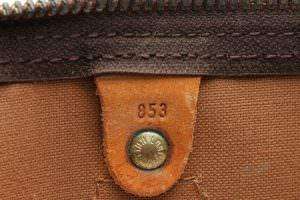 In the mid-1980’s, Louis Vuitton changed their date code system for the first time. Now, the date codes were to consist of two letters, representing the factory location country and three or four digits that identified the year and the month the item was manufactured.

Louis Vuitton changed their date code system again around 1990. This time to two letters followed by four digits. The first two letters in the date code identify the factory location. The following four digits can be read as follows: the first and third numbers represent the month and the second and fourth numbers represent the year of production. The “BA0916” date code seen on the photo above, indicates that the particular Louis Vuitton handbag was made in France in January 1996. 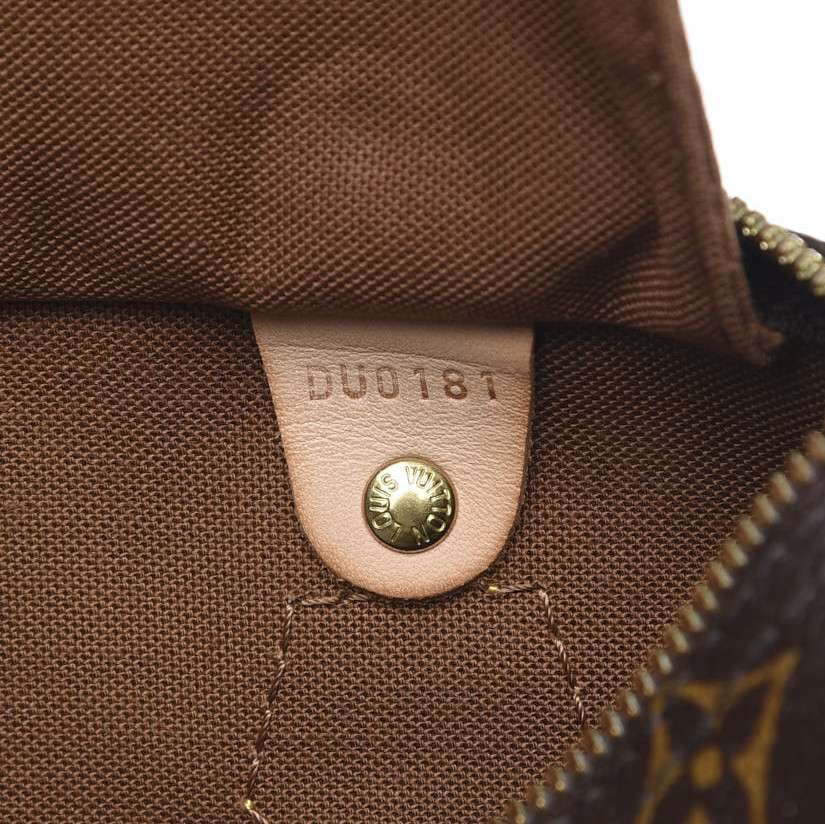 In 2007, the Louis Vuitton date code system was changed yet again. However, this time, the change wasn’t so major. The new date codes remained in the old format: as two letters followed by four digits. However, with a slight twist. Now, the first and third numbers represent the week the item was manufactured (instead of the month). The second and forth numbers keep representing the year. For example, the “DU0181” date code on the photo above, indicates that the bag was made in France, during the 8th week of 2011.

Is my bag fake if it doesn’t have a date code?

Not necessarily. The thing is that vintage LV items (made pre-1982) do not have date codes. The date code system was introduced in 1982, remember? So, if your vintage bag doesn’t have a date code, don’t worry! It might simply be an older bag. Another thing to remember is that with time, date codes can naturally fade. So, an absence of a date code doesn’t necessarily mean that your bag is fake.

Considering to purchase a pre-loved or vintage Louis Vuitton handbag? Make sure to check out Fashionphile. They’ve got an amazing selection of 100% authentic Louis Vuitton at prices below retail.