Back in the day if a Louis Vuitton handbag didn’t come with a date code you would think it was fake. However, this isn’t necessarily true anymore, as Louis Vuitton no longer put date codes in their handbags and small leather goods. The change took place on March 1st, 2021. All items manufactured after that date now feature microchips instead of date codes. I thought I’d do a dedicated blog post on this, since I’ve been getting quite a lot of emails lately from fellow handbag lovers asking if their LV bags were fake since they didn’t feature date codes (even though purchased in boutiques). I guess, not everyone is aware of the change yet. That’s why it’s worth discussing it. 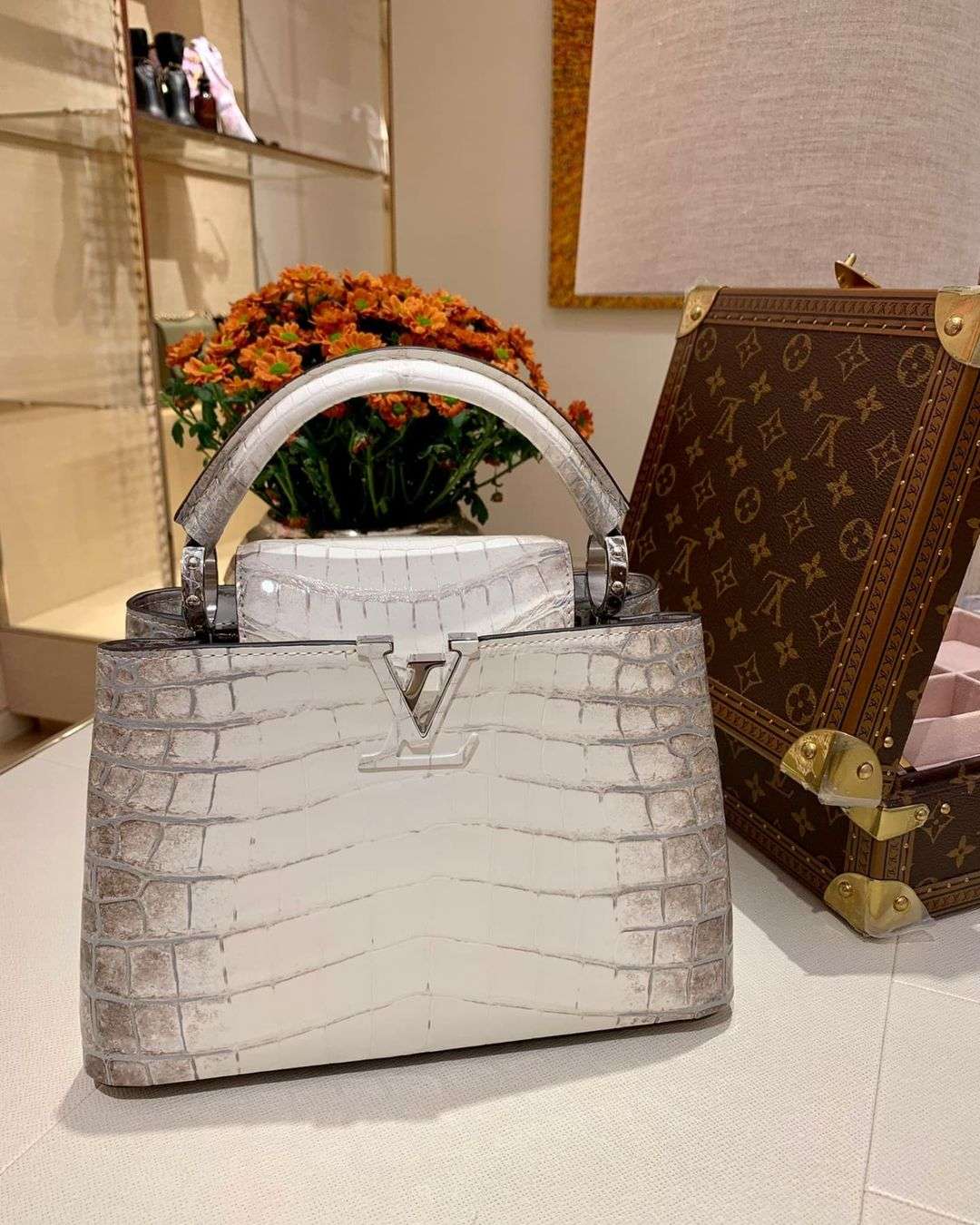 Why Louis Vuitton decided to swap date codes for microchips?

Well, the answer to this question is pretty straightforward, and it is to fight the replica market. A date code is basically just a combination of letters and numbers, which represent where and when the item was made. Multiple items can share the same date code, if, for example, they’ve been manufactured at the same factory around the same time. Since date codes aren’t unique to each individual item, they are very easy for counterfeiters to replicate. Louis Vuitton has a zero tolerance policy to counterfeiting. So, it only made sense for them to get rid of date codes in favor of a more advanced system. Actually, Louis Vuitton isn’t the first luxury brand to introduce microchips. Brands like Moncler and Ferragamo have been using similar technology for years and pretty successfully.

Where can I find the microchip in my bag?

Louis Vuitton uses small radio frequency identification (RFID) chips. These are already really tiny and thin as film. So, even if you will be trying really hard to locate the microchip, chances are that you won’t. RFID microchips are simply too tiny to locate by hand. They will also often be placed inside the lining of the item and therefore can’t be spotted by the naked eye.

By the way, at this time, the only people able to read the chips are Louis Vuitton’s sales assistants. They have a special app installed on their work iPads that enables them to scan the chips. Unfortunately, the app is not available for the general public to download. Furthermore, Louis Vuitton employees will only scan the microchip if you brought the item in for return, or repair. So, you can’t really walk into the store and ask your SA to scan the microchip of the pre-loved handbag you’ve recently purchased (unless you’re in a really good relationship with your SA, I guess). We can only hope that Louis Vuitton will make the app available to the public someday.

What information is stored in the new Louis Vuitton microchips?

You will be surprised to learn how much information new Louis Vuitton microchips contain. Where date codes only give us information about where and when the specific item in question was made, microchips in addition to that also contain information on item’s style (model number and its description), when it was sold, whom it was sold to, as well as, information on whether the item was purchased in boutique, or online. In case if it was purchased from the boutique, it would say which boutique it was. I don’t know how about you, but this reminds me of the typical information you would find on the receipt. Okay, perhaps, you won’t find a detailed description of the item on the receipt, but you are very likely to find everything else from this list.

Can the microchip placed in a Louis Vuitton handbag track you?

It’s no secret that smartphones can track our location. But how about microchips? It has already been confirmed by Louis Vuitton that their microchips don’t contain GPS trackers in them. So rest assured that your handbag isn’t going to spy on you. However, I do understand where these concerns come from. Many people are afraid to carry a piece of technology they know nothing about. Plus, as we all are living in a technology-driven world, it’s already pretty difficult to keep our personal information private.

Can the new Louis Vuitton microchips be counterfeited?

The short answer to this question is yes. Actually, some counterfeiters are already putting chips in their fakes. However, there’s one main difference between the microchips programmed by counterfeiters and those programmed by LV and that’s the technology. Louis Vuitton places all the unique digital ID’s on a private blockchain owned by LVMH. If you know how blockchain works, you know that the unique digital ID’s can’t be modified or copied without ruining the entire chain. Furthermore, until Louis Vuitton make the chip scanning app available to the public, we will never know what information is shown when the item is scanned. Be very weary if someone other than a Louis Vuitton employee claims they can scan the item!

What does the new microchip system mean for the resale market?

The biggest concern around the new microchip system at Louis Vuitton is how it’s going to impact the resale market. It so happens to be that date codes are the first thing potential buyers are looking at when purchasing an LV handbag pre-loved. Usually, they tend to assume that if the bag lacks a date code, it must be fake. Oh, I can already imagine how much headache the new microchip system is gonna give to the resellers! What is more, the lack of date codes would mean that consignment stores would have to be extra attentive when authenticating pre-loved LV bags. Obviously, no expert authenticator is gonna rely on a date code alone to determine authenticity of a handbag since it’s just one piece of the Louis Vuitton authenticity puzzle. However, without date codes authentication process is for sure going to take more time.

Some believe that the new microchip system has been introduced specifically to tackle re-selling. Let’s say you bought a micro-chipped LV bag, decided to sell it and later the person who bought it from you takes it to the store for repair. Once the SA scans the microchip, it’s going to show the name of the original buyer (you). Nothing prevents Louis Vuitton from flagging in their system under your account that the specific handbag has been resold. I don’t want to speculate about anything, but I can see how they could potentially ban someone from buying anything else if they believe the person is a reseller.

What are your thoughts on the new microchip system at Louis Vuitton? Do you think it would help to fight fakes, or is it there to stop resellers? Sound off in the comments below!

P.S. If you are looking to learn more about Louis Vuitton date codes, make sure to check out the Complete Guide to LV Date Codes that I’ve published earlier last year.

A Guide to Discontinued Dior Handbags

How to identify an Investment Bag