Are you planning to buy a Hermès Kelly Bag, but aren’t sure how much money you should set aside? If your answer to this question is yes, then this Hermes Kelly Price Guide got you covered. And don’t even ask me how I found all the up-to-date prices for the bag. I guess, I just really like tracking luxury price increases. By the way, Hermès just had one earlier in the year. As a result, prices for their classic bags went up for quite a bit, Kelly bag included. With that being said, in this blog post you will find all the latest Hermès Kelly prices for 2022, incl. the prices for the hugely popular Mini Kelly, as well as Kelly Pochette and Kelly Danse bags in both Europe and USA. Is it still cheaper to buy the Hermès Kelly in Europe in 2022? Or should you stick to shopping in your home market? Keep scrolling to find out. 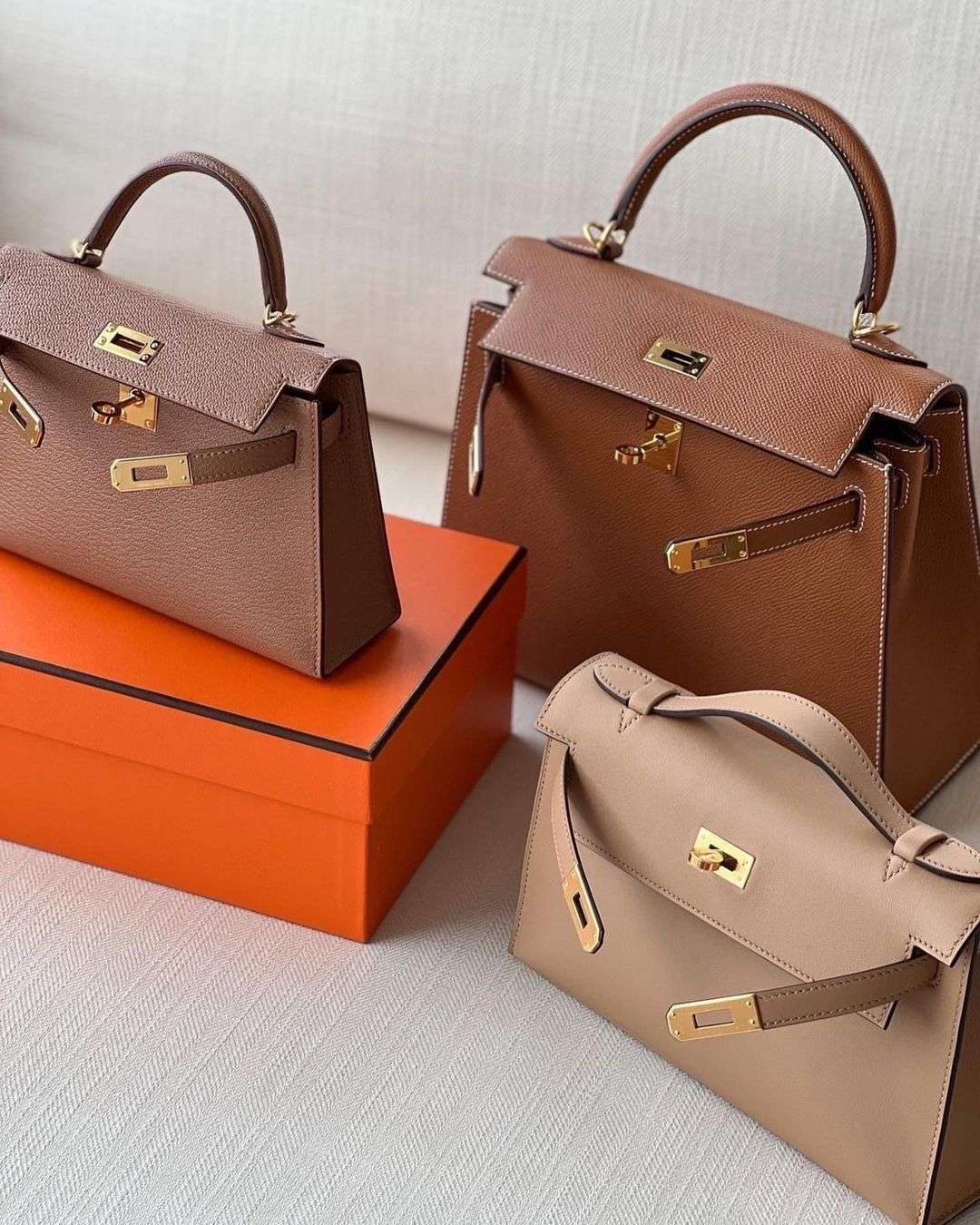 So, how much exactly does the Hermès Kelly cost in 2022? Well, in a nutshell, get ready to pay anywhere between $8,000 and $12,500 plus tax in the U.S. and €6,000 and €9,000 in Europe for a Hermès Kelly bag in one of the standard leathers (exotics will obviously cost you more). Usually, the bigger the size, the more expensive is the handbag. With that being said, the cheapest Hermès Kelly you can buy right now is the Mini Kelly in Epsom leather, which currently retails for $8,250 in the United States and €6,150 in Europe. However, good luck with getting your hands on this bag. Following the recent mini bag craze, the Mini became the most popular size for the Hermès Kelly, which means that it’s extremely difficult to come by in boutiques. Actually, that’s also one of the reasons why demand for the bag is booming on the pre-loved market. 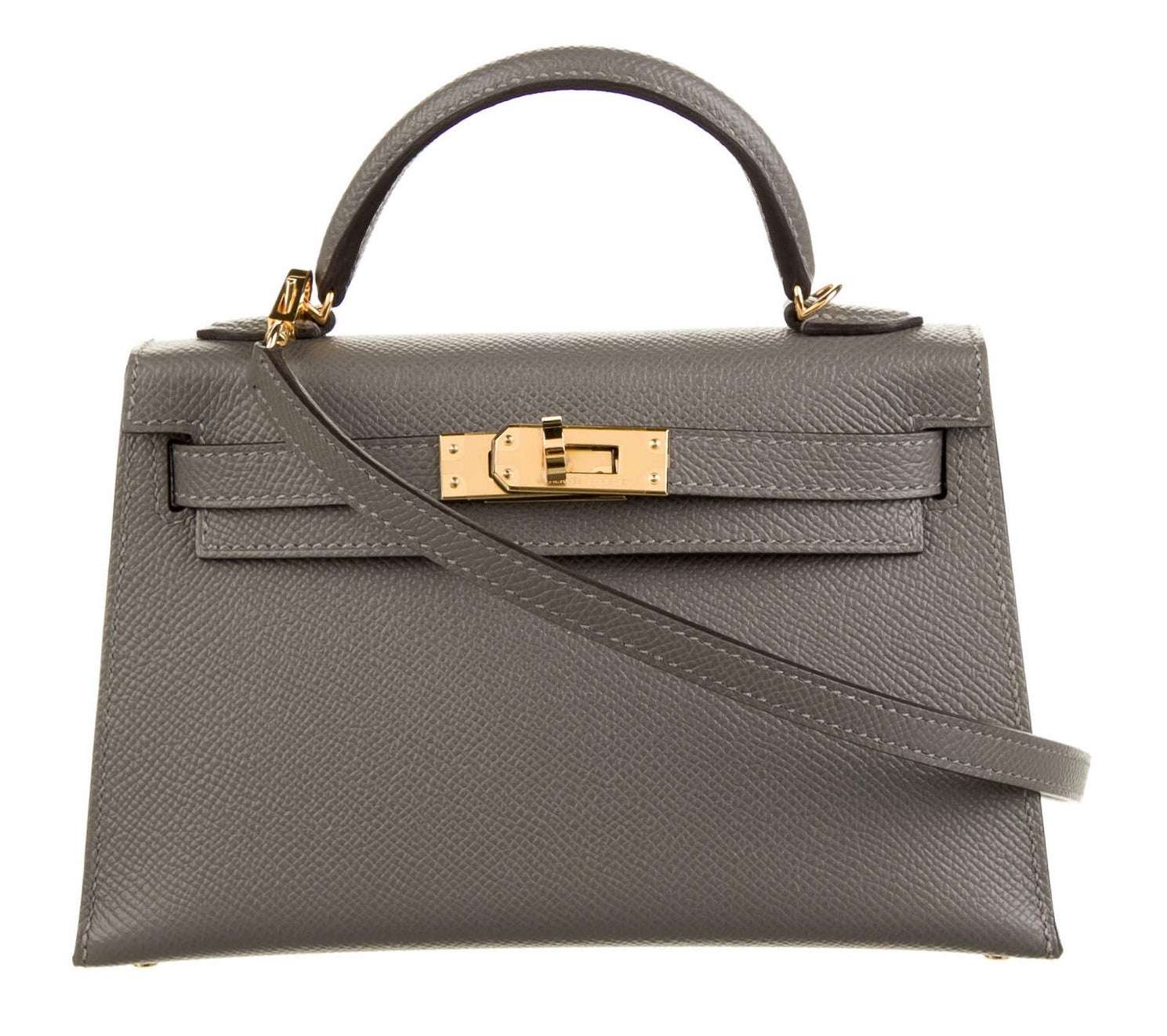 But how about prices for the other sizes of the Kelly Bag? Well, the Kelly 25 in Togo leather is currently going for $9,900, while the same bag in Epsom leather costs $10,600. Obviously, the material plays an important role in bag’s retail price. However, in case of the Kelly, it’s not just the material. Prices for the Kelly bag can also differ significantly based on its style. And there are two different styles of the Kelly bag out there: Retourne and Sellier. The Kelly Retourne has a souple, more relaxed look, while the Kelly Sellier features a more rigid, boxy structure.

Retourne Kelly’s are typically made from softer leather like Togo and Clemence. Sellier Kelly’s, on the contrary, are made from stiffer leathers like Epsom and Box. They are also typically more expensive than Retourne Kelly’s. This is partly due to the fact that these bags are more difficult to produce.

Now, when this has been cleared out, let’s talk about the prices for Kelly 28 and 32 bags. The Kelly 28 bag starts at $10,600 in the U.S and €7,950 in Europe, while the Kelly 32 will cost you from $11,300 in the U.S. and €8,450 in Europe, depending on the style and material.Other popular versions of the Hermès Kelly bag include the Kelly Pochette and Kelly Danse bags. The Kelly Pochette is like a small version of the Kelly bag, but in a clutch form, while the Kelly Danse is more of a casual bag that offers multiple wear options. As I am frequently asked about current retail prices for these two bags, I thought I’ll post them here. The Hermès Kelly Pochette in Swift leather currently retails for $6,050 in the U.S. and €4,500 in Europe. Kelly Danse in Evercolor leather currently goes for $7,450.

Is Hermès Kelly cheaper than the Birkin?

Usually, Hermès Birkin bags are more expensive than Hermès Kelly’s. But, it isn’t always the case. If you look at the current price for the Birkin 25 in Togo leather and compare it to the current price of Kelly 25 in Togo, you will be surprised to learn that the Kelly is indeed cheaper. Kelly 25 in Togo currently retails for $9,900 plus tax in the U.S., while the Birkin 25 in the same leather currently goes for $10,100 plus tax. I guess you could say that the price difference between the two bags is pretty insignificant. But, at the end of the day it’s still a difference!

Is it cheaper to buy the Hermès Kelly in Europe?

Now, when the dollar and euro are basically equal, the natural question to ask is whether it is cheaper to buy the Hermès Kelly in Europe? And the answer is yes, it is. A Kelly 28 in Epsom (Sellier) currently retails for $11,200 plus sales tax in the U.S., while in Europe you can buy the bag for EUR 8,300. If we assume a 1:1 exchange rate, then you are basically saving $2,000 by purchasing the bag abroad. However, don’t forget to take traveling costs into account. I mean, if you are already planning a trip to Europe, why not to try to score a bag?! But, if the only reason you want to go to Europe is to buy the bag, you might as well just buy it at home. You aren’t really guaranteed to get an appointment at Hermes, remember?

Is Hermès Kelly a good investment?

It’s no secret that Hermès is the top luxury label in terms of resale value. But, how about the Kelly bag specifically? Well, over the years the Hermès Kelly Bag has proven itself a great investment, as most sizes are known to resell for a premium. If you manage to get your hands on a highly sought after bag directly from Hermès (for example, a Mini Kelly), chances are that you will be able to potentially resell it for multiples of its retail prices. Just look at this Mini Kelly that has recently sold through TheRealReal. The bag has sold for $28,000, while it’s original retail is just $8,250.

5 Best Celine Bags to Invest In